By: Shruti Srivastava
Updated: 29 Jun 2017 06:38 PM
Divyanka Tripathi and Vivek Dahiya aka Divek's 'Nach Baliye 8' win is turning out to be the most controversial in the history of this dance reality show and 'Yeh Hai Mohabbatein' actress's latest move proves is yet again.

Divyanka was in the final 3 jodis competing for the trophy alongside Sanaya Irani-Mohit Sehgal and Abigail Pande-Sanam Johar and eventually bagged the show's title last Sunday in the Grand Finale.

The viewers as well as fans have been bashing the show makers and the actress calling her a non-deserving winner who just won it because of her popularity gained with her show top rated Star Plus show 'YHM'.

Divyanka was keeping silent after her win and came back on Instagram yesterday posting a long 'love letter' addressing Nach Baliye and thanked the show as well as mentioned that the voting based show chose them the winners proving the audience loved her stint on the show[Divyanka Tripathi’s first message post winning ‘Nach Baliye 8’ answers all controversies surrounding it!].

With this, she also took a strange step and went ahead turing her Twitter account private, locking and protecting her tweets from public viewing.

Now only her existing Twitter followers 2,08,997  (at the time of publishing this article) can see her tweets or be able to tweet to her while the others will have to send her follow-request that she will have to approve enabling them to do any activity on her timeline. 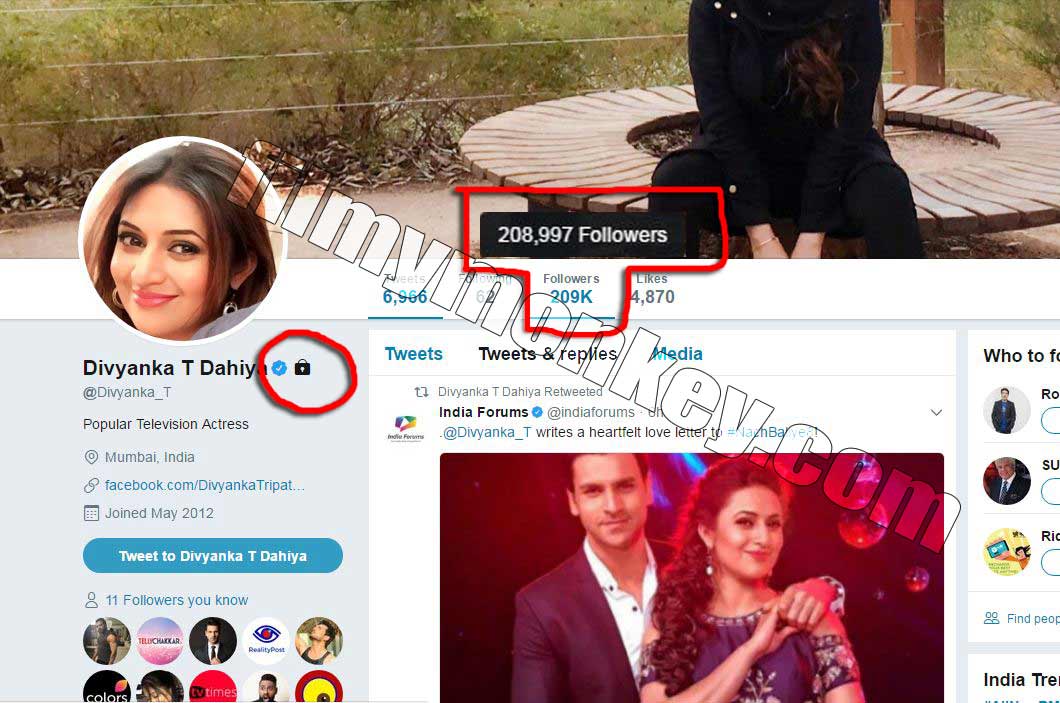 Divyanka Tripathi had 2,08,997 followers before locking her Twitter profile and going 'private'!

There have been huge fan-wars between Monaya, Abinam and Divek fans too and Divyanka also said in an interview recently that her fans are not involved in spreading negativity.

Looks like, Divyanka, who has been super active on her social media platforms and often termed as the Social Media Queen because of this, has been forced to make this move and compromise with those who may have loved her but were yet to follow her.

The fans took note of this and they are now concerned. Many are appreciating her move saying now no one will bash her now while the others were in shock.

See their reactions below: 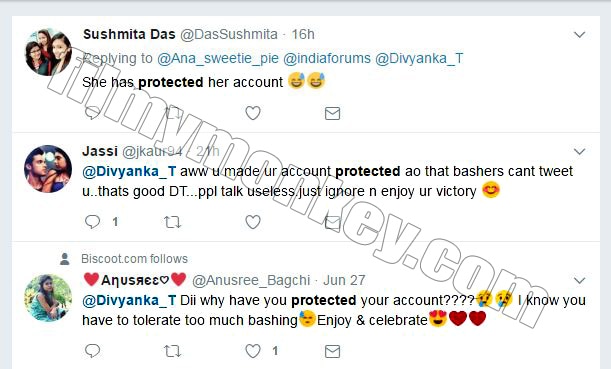 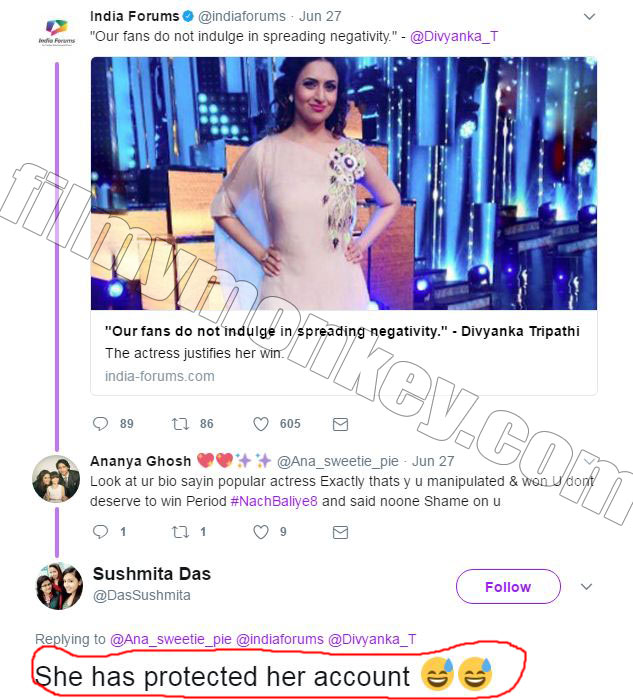 Fan stands in support of Divyanka, taking on a hater! 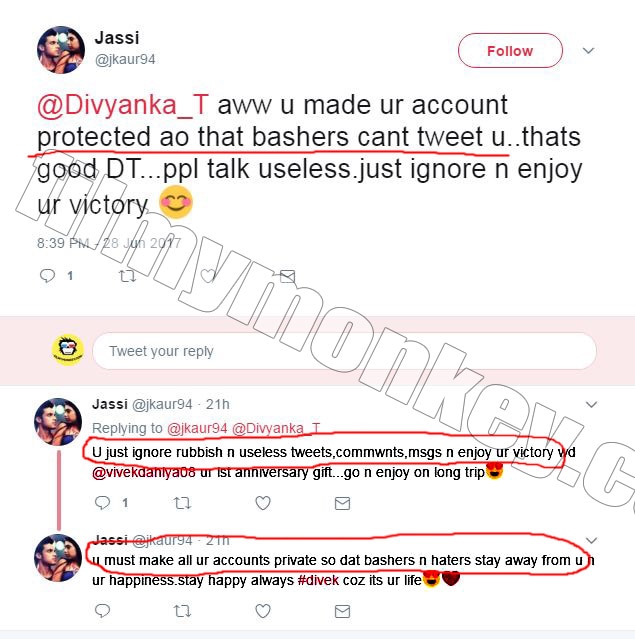 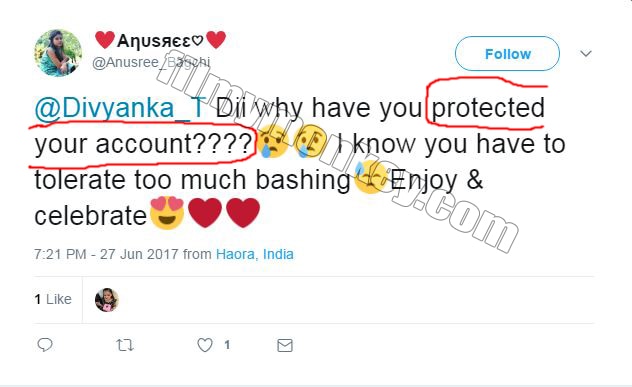 Fan surprised with Divyanka's move to lock and protect her tweets

After constant requests from Divyanka as well as her arch rival on 'Nach Baliye 8', Sanaya, their fans still continue to bash each other turning social media into a battle ground.

It is unfortunate and sad that one of the top television actresses had to resort to this to avoid the hate coming her way. The latest to become the victim of social media bashing was 'Beyhadh' actress Aneri Vajani who had to disable comments her bikini picture post on Instagram after she was trolled for her thin body. Aneri plays the lead character of 'Saanjh' in Sony TV's popular show alongside Kushal Tandon 'Arjun' and Jennifer Winget 'Maya'.

Many other actresses like Pooja Banerjee, Sonarika Bhadoria and Nia Sharma have been slut shamed on social media too.

Leave your views over Divyanka's move of locking her account, below in the comments section!