By: Shruti Srivastava
Updated: 07 Oct 2019 03:59 PM
'Vish - A Poisonous Story' actress Debina Bonnerjee and her actor-husband Gurmeet Choudhary are currently in Kolkata celebrating the festival of Durga Puja and the duo are setting couple goals with their beautiful pictures and videos. The popular 'Sita' of small screen Debina hails from Kolkata, West Bengal and the popular TV couple is painting the town red with their festivities. Debina looked beautiful clad in a multi-colored choli and beige lehenga while handsome Gurmeet donned a designer sherwani saying the desi avatar. Both Debina and Gurmeet shared multiple pictures on their Instagram profile and Insta-stories from the puja.

Gurmeet captioned the pictures- "A beautiful ballad of colour , light and tradition is Kolkata during Durga Puja. Feeling at one for the connection I have @debinabon the “jamai” of Bengal. #shubhosharodia #durgapuja ."

[swipe left in the posts below to view all pics!]

They also attended an event where they performed garba together and did dandia dance. Debina shared pictures-videos on Insta-story and fanclubs are now circulating them on social media. 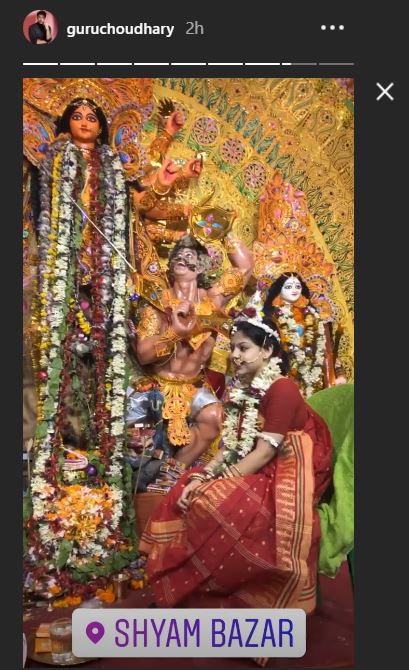 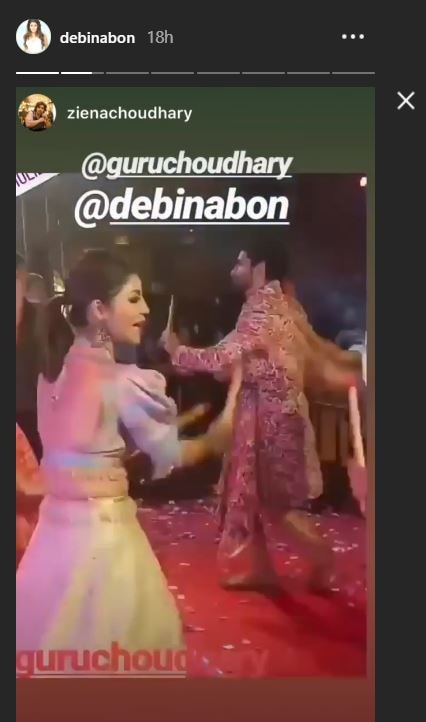 Couple went around the town and Debina uploaded some pretty pictures of them too, captioning them- "See kolkata through my eyes. . A true blue Bengali by heart , voice, opinion, appetite.X. My Park Street. Holding so much of childhood memories. The restaurants the hoardings the smell. . MORE SUGGESTIONS WELCOME ."


See kolkata through my eyes. . A true blue Bengali by heart , voice, opinion, appetite. X My Park Street. Holding so much of childhood memories. The restaurants the hoardings the smell. . MORE SUGGESTIONS WELCOME . Styledby @kamakshi_revandkar @gracy_modi Outfit by: @crmsonbynancysood

On work front, Debina just wrapped her Colors TV show 'Vish' while Gurmeet was last seen on small screen in 'Punar Vivah' while he did appear in some reality shows post that, including 'Jhalak Dihhla Jaa 7' and 'Khatron Ke Khiladi 5'. He moved to films and was last seen in J.P. Dutta's 'Paltan'.

Seen in together as Lord Ram and Sita, the jodi of Debina and Gurmeet is set to reunite onscreen next with a short film titled 'Shubho Bijoya', 11 years after they appeared together in 'Ramayana'.