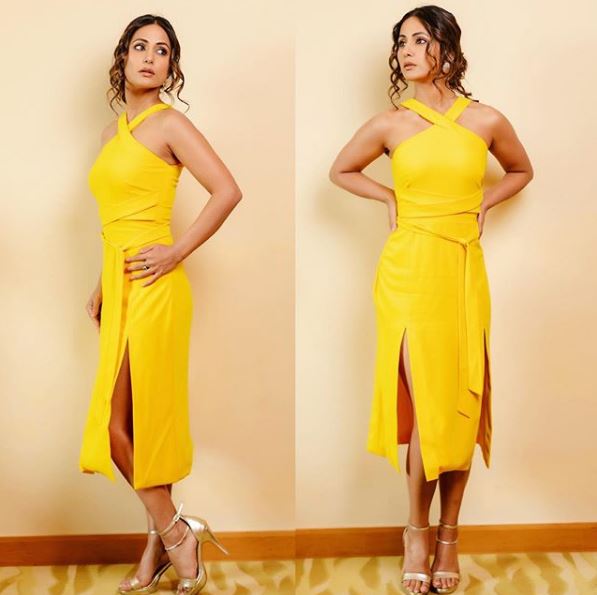 Hina also posted an unseen video with Priyanka Chopra & Nick Jonas from their Cannes meeting as her Instagram story. Check out the video below:

For the uninitiated, both Priyanka Chopra and Hina Khan made heads turn with the stunning red carpet avatars during 'Cannes 2019'. During their stay in French Riveria for the film festival, Priyanka even invited Hina Khan for the Chopard party. Post which, Hina Khan shared a heartwarming post on social media for PeeCee. Since then, Hina Khan was seen praising Priyanka various times.

Speaking further about Priyanka Chopra, she has established herself as an International star with her stints in 'Quantico' & 'Baywatch'. Last seen in Prakash Jha's 'Jai Gangaajal' in 2016, Priyanka Chopra is set to make a comeback in Bollywood with Shonal Bose's directorial venture 'The Sky Is Pink' also featuring Farhan Akhtar and Zaira Wasim in pivotal roles.

Comin back to Hina Khan, she moved out of 'Kasautii...' before her Cannes debut due to her film commitments. She is all set to make her Bollywood debut with Hussein Khan's women-centric film titled 'Lines'. After Cannes, she completed shooting for her second film titled 'Wish List'. Currently, she is shooting for an International film post which she'll star shooting for Vikram Bhatt's upcoming film in second week of August.