Hina Khan's latest airport look sans makeup was criticised by many social media users as the actress was brutally trolled by many!

By: Filmymonkey Team
Updated: 09 Aug 2019 01:23 PM
Small screen actress Hina Khan who is touted as TV's fashionista often impresses fans for her impeccable dressing sense, however recently the 'Kasauti Zindagi Kay' star was criticised for the choice of her outfit. In-fact the ex Bigg Boss runner-up was brutally trolled by many on social media.
Hina was snapped at the Mumbai airport last night as she returned from New Delhi. And while we loved the actress' airport in her pink printed co-ords that she paired it with night vision glasses.

Hina's airport look sans makeup was subtle and stylish at the same time, but the actress was criticised by many social media users for apparently 'looking old and dark' in the pics!

She was papped by a popular photo journalist who posted he picture on his Instagram account. Soon as he shared Hina's pic on his account, many users blasted the TV actress for her no make-up look, while some of them even called her 'grandma' and called her names for looking top dark!

Check out some of the shocking comments below: 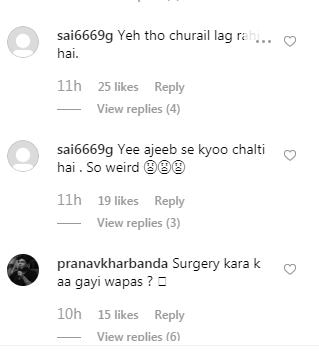 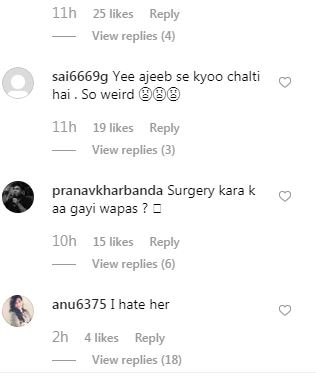 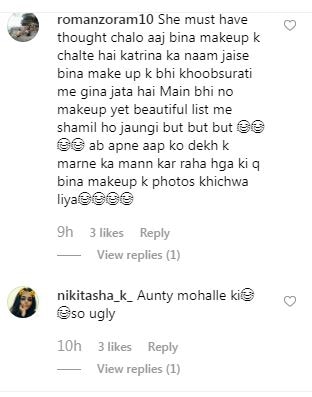 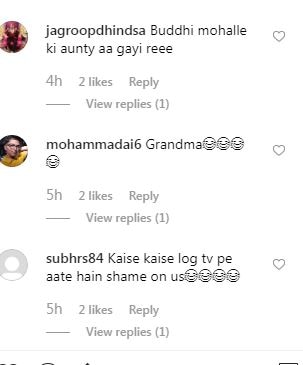 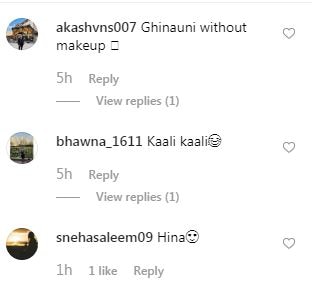 And while many criticised her some of the social media users came out in Hina's support and pointed at the bad lighting due to which the pictures didn't come out well. While many even lashed out at haters for calling her names and trolling the actress in bad taste.

On a related note, Hina Khan is all set for her Bollywood debut with Lines movie this year, the actress unveiled the first look of her film at the Cannes Film Festival 2019.