By: Filmymonkey Team
Updated: 30 Apr 2019 01:59 PM
HIGHLIGHTS
TV couple Hiten Tejwani and Gauri Pradhan, seen together in popular shows like 'Kutumb' and 'Kyunki Saas Bhi Kabhi Bahu Thi', tied the knot with each other on 29th April 2004 and are still going strong. The couple celebrated their 15th wedding anniversary yesterday (29th April). The TV actor, who was recently seen in Alia Bhatt & Varun Dhawan's 'Kalank', took to his social media account to wish wife Gauri Pradhan on the special occasion and posted a picture along with an adorable message for her. 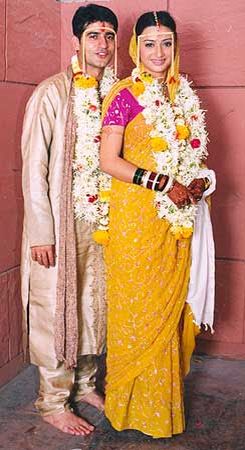 The 'Bigg Boss 11' contestant posted the picture on Instagram with the caption, "Happy Anniversary Beautiful..15 lovely years of togetherness and it seems like 150 ..Thank you so much for everything ..Love you jaanu ..#15 #anniversary #crystal"