Kunal & Bharti are reportedly all set to exchange nuptial vows on 20th December at Isckon Temple in the suburbs of Mumbai.

By: ABP News Bureau
Updated: 20 Dec 2018 11:45 AM
TV actor Kunal Jaisingh, who became a household name after playing the role of 'Omkara Singh Oberoi' in much-loved 'Star Plus show 'Ishqbaaaz', is all set to get married to ladylove Bharti Kumar today (20th December). The TV couple, who made their relationship official in March this year in an engagement ceremony, is set to exchange nuptial vows at Isckon Temple in the suburbs of Mumbai. The pre-wedding ceremonies of Kunal & Bharti's much-awaited marriage started with the mehendi ceremony of bride-to-be. On 18th December, the couple's sangeet ceremony was held & it turned out to be a crazy night. 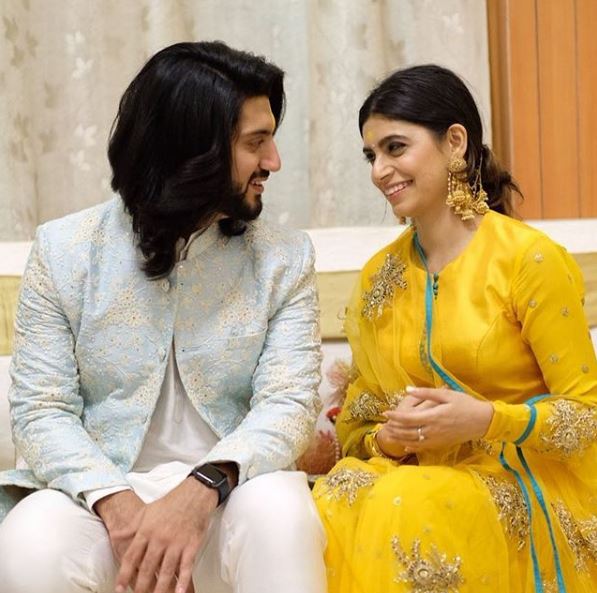 Kunal & Bharti's sangeet ceremony was attended by their families and close-friends including the actor's 'Ishqbaaaz' co-stars Nakuul Mehta with wife Jankee, Mansi Srivastava among others. The soon-to-be married couple, who were twinning at their sangeet, looked elated at the ceremony. While Bharti looked beautiful in a purple lehenga, Kunal wore purple sherwani in which he was looking handsome as ever. Apart from dancing their hearts out, Kunal & Bharti also exchanged rings during the ceremony.

Check out pictures & videos from the couple's sangeet ceremony below (SWIPE LEFT):

A post shared by kunaljaisingh's_follower™ (@kunaljaisinghsfollower) on Dec 19, 2018 at 8:43am PST

On the career front, Kunal Jaisingh made his TV debut with Star Plus show 'Pratigya' & rose to fame after his stint in Channel V's popular youth show 'The Buddy Project'. Kunal met Bharti met each other on the show's sets, fell for each other and started dating.

For the uninitiated, Kunal played the role of Ranveer Shergill in 'The Buddy Project' & was seen romancing Palak Jain as well as Sonal Vengurlekar. Whereas Bharti played the role of 'Kiya' in the show & was paired opposite Fahad Ali who is currently seen as a contestant in 'MTV Splitsvilla 11'.

Stay tuned for more updates related to the couple's wedding!