While the couple hasn't made it official yet, the reports claim that 'Khatron Ke Khiladi 10' contestant and TV actor Karan Patel's wife Ankita Bhargava is 7 months pregnant and due for delivery in December. Spotted hiding her pregnancy belly in Diwali 2019 pictures, also with a cushion placed on her lap in one. Fans send congratulatory messages.

By: Shruti Srivastava
Updated: 30 Oct 2019 08:20 PM
The 'Raman Bhalla' of 'Yeh Hai Mohabbatein' actor Karan Patel who recently quit his popular Star Plus show to participate in 'Khatron Ke Khiladi 10' and got replaced by Chaitanya Choudhary, is reportedly expecting his first child with actress-wife Ankita Bhargava in December. The couple who otherwise keeps very active on social media, hasn't been making many appearances together lately but they did show up during their Diwali party. While they haven't yet officially confirmed that they indeed are set to welcome their baby in December, the mommy-to-be who's in her 3rd trimester, seem to be hiding her baby bump in all the pictures. Fans have spotted it too and they have flooded the comments section with "is she pregnant?".. "congratulations for the new member arriving".. etc.

It was reported last month in September that Ankita is in fact 6 months pregnant with her YHM star-hubby Karan Patel and speaking about the same, a source told an entertainment portal then that, "We all know that Ankita had a miscarriage. However, the couple are rock solid in their relationship and are set to embrace parenthood soon." Karan was supposed to also do the currently running 'Bigg Boss 13' apart from 'KKK 10' but he reportedly backed out due to his wife's pregnancy as he wants to be by her side in these times. The source also added - "He wants to be with his wife".

While Karan didn't comment on it, Ankita had said in her reply to Iwmbuzz- "I also heard the same from a few more portals… It seems I have been expecting every year ever since I got married 5 years ago. Anyway, Pregnant or not pregnant…. I don’t wanna be in news for this reason…AT ALL…  so let’s not make any article about it anyway , Thanku for atleast lettin me kno…(sic)."

Ankita and Karan were set to be parents last year too and the couple even announced the good news to fans in filmy style. However, Ankita unfortunately suffered a miscarriage.

Although they are keeping the news of their pregnancy under wraps this time but the pictures seem to have revealed it.

Ankita shared the Diwali pictures two days after the festival, on Tuesday in which the beautiful actress slays in a red anarkali suit. The first picture is of her using the mobile phone while sitting. She captioned it- "Cos replying to Diwali whatsapp messages is a ‘Serious and Real Thing’ in life! ???????????? Happy Happy Diwali and A Very Prosperous New Year Insta Fam ????"

In the 2nd picture, the couple poses together and fans are jumping in joy because they hadn't seen their favorite KarAnkita for a long time together. Ankita has a side pose as the two get clicked together. She captioned it- "Dint realise it,but we were literally dressed for a cards night !♦️♠️♥️♣️ @karan9198 .... And ur smiling ?!? How come ?!? ????????????????". 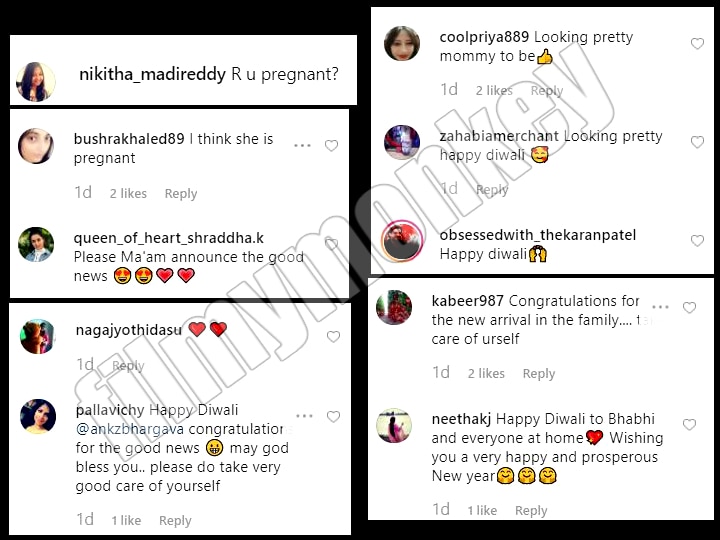 There are more pictures from last week from a Birthday party in which many TV stars were attendees including Ankita Bhargava, Karan Patel, Pearl V Puri, Arjun Bijlani, Karishma Tanna & others. Ankita was spotted sitting with a cushion placed on her lap in one picture.. in an attempt to cover her pregnant belly from showing? In the rest of the pictures too, Ankita strikes the side pose keeping baby bump away from camera lens. 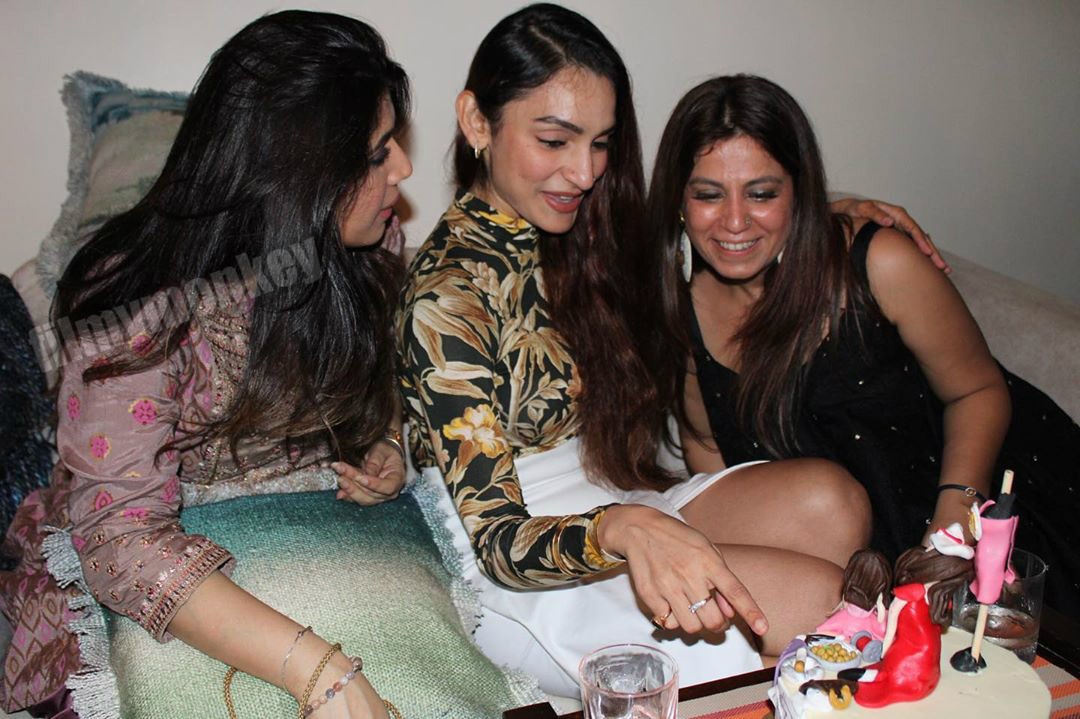 Reportedly 7 months pregnant Ankita Bhargava with a cushion on her lap during a Birthday party held last week (Pic: Instagram) 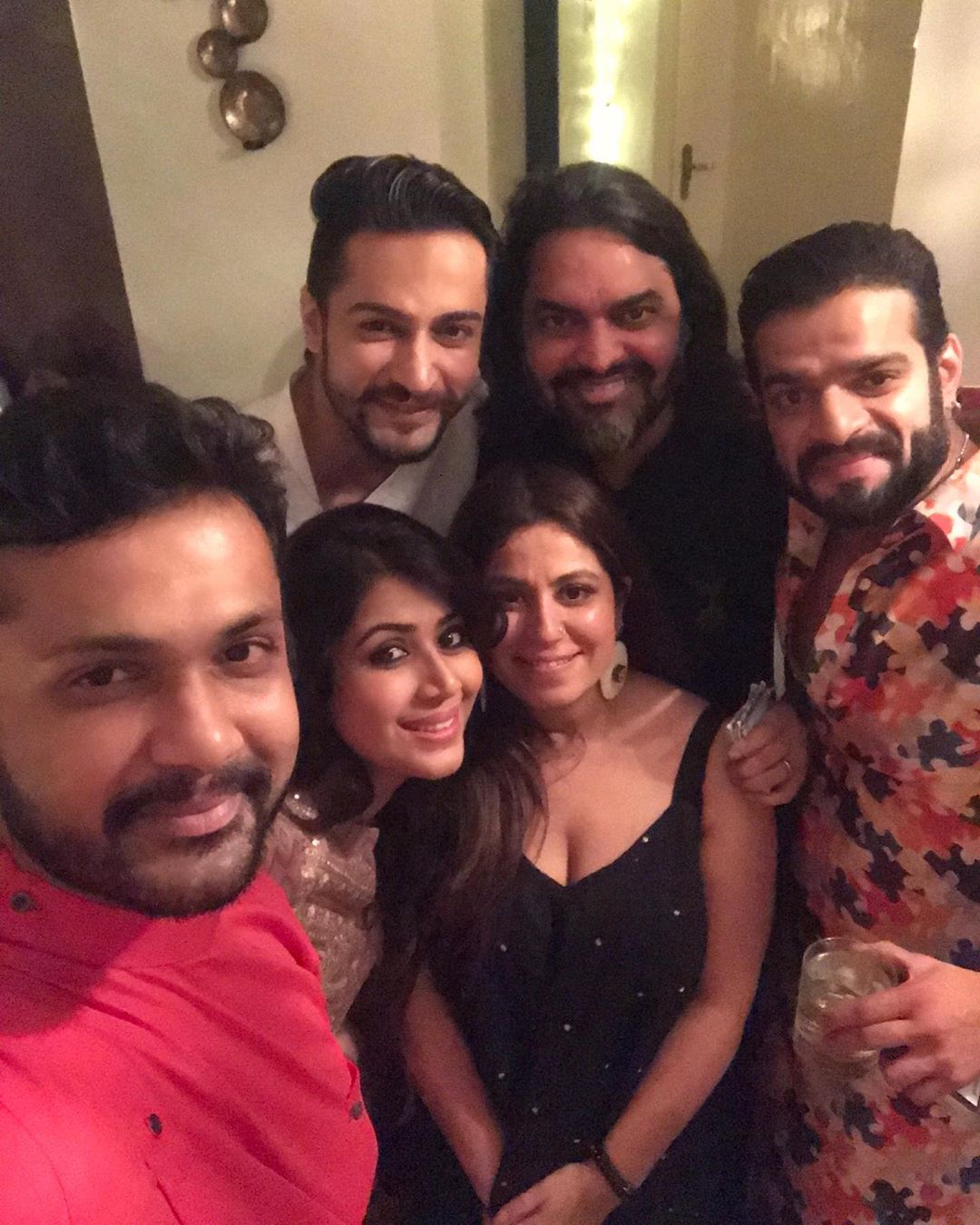 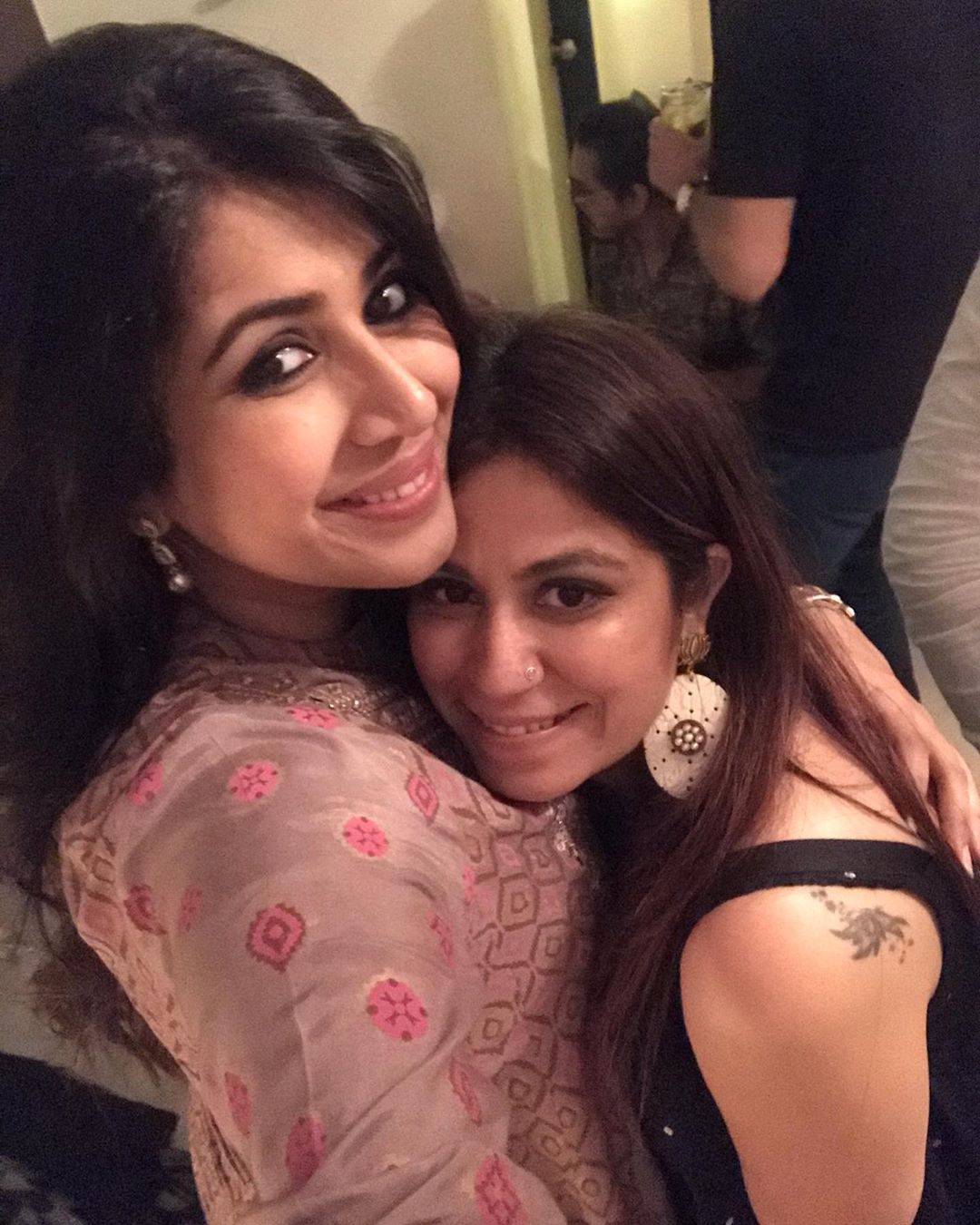 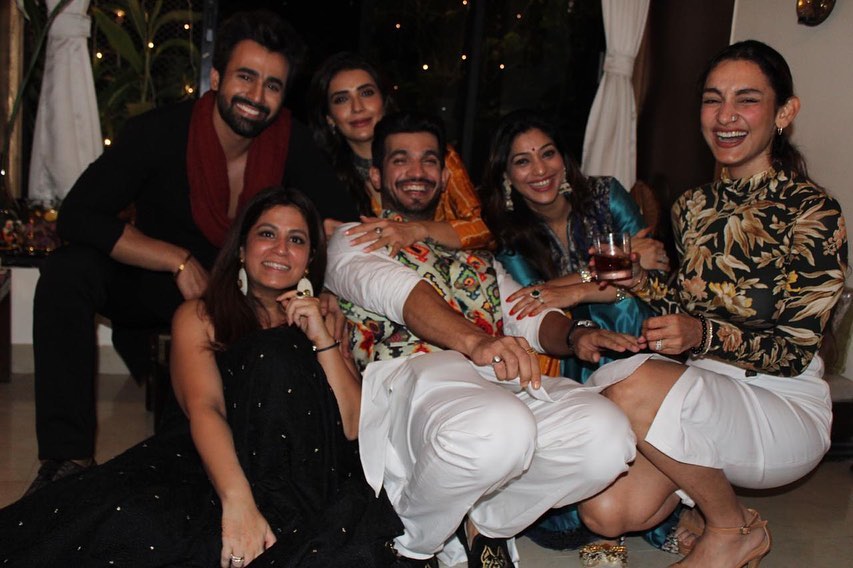 Karan Patel and Ankita Bhargava had tied the knot four years ago on May 3rd, 2015. The couple is now expecting their child once again after their unfortunate miscarriage last year.

Another source confirmed this news also to TOI last week, saying- “Ankita and Karan are ecstatic and are busy making arrangements to welcome their bundle of joy. They are looking forward to embracing parenthood. They are keeping the news under wraps to avoid any unwanted attention.”

Filmymonkey prays for the safe and smooth delivery of KarAnkita's baby who is reportedly due to arrive in December.