By: Filmymonkey Team
Updated: 01 May 2019 06:34 PM
TV actress Nehha Pendse, who was last seen competing against her & 'Bigg Boss 12' co-contestant Srishty Rode in one of the episodes of 'Kitchen Champion', own a huge fan-following and she often make headlines due to her stunning pictures or pole dancing. Recently, Nehha's friend and Marathi actor Abhijeet Khandkekar posted a picture with her on social media post which her few fans started speculating that she's engaged or will get married soon. And now, the actress has reacted on the speculations and has revealed the truth. 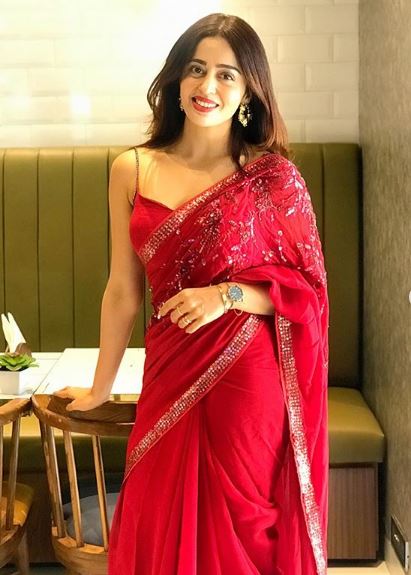 Four days ago, on 27th April, Abhijeet posted a picture in which Nehha's friend are hugging her while she is asking them to be silent. Whereas, the caption reads, "Congratulations #buddies #sareelove #marathi"