Is that Karishma Tanna's boyfriend in her latest pics? Actress reveals the identity of the mystery man!

By: Shruti Srivastava
Updated: 10 May 2019 12:53 PM
The TV hottie who was recently seen in 'Qayaamat Ki Raat' and 'Naagin 3', sent her fans in a tizzy when she was seen getting too close to a man in the pictures she shared on Thursday. The mystery man shows his back to the camera while Karishma leans on his shoulders grabbing his arm and wears an intense(some believe sad) look on her face. And her caption added to the curiosity of the fans, which read- "You are my most beautiful someone![black heart emoji] Said the unsaid".

Check out the pictures first, below! [swipe to view all three of them]


You are my most beautiful someone!🖤 Said the unsaid▪️

And soon after she posted the monochrome pics, her followers on Instagram began playing the guess-game with mostly calling the guy her boyfriend.

"ha ha ha patch up with boyfriend" -another wrote.

"Wow we so nyc but sadness the mood" -a fan

Karishma has in the past dated her Bigg Boss 8 co-contestant and actor Upen Patel and she also was allegedly in a relationship her 'Naagarjuna – Ek Yoddha' co-star Pearl V Puri who's currently playing 'Mahir' in 'Naagin 3'. Karishma played 'Naagrani Ruhi' in 'Naagin 3' in the intial weeks and re-entered in a negative character of 'Ruhi' claiming that 'Naagrani Bela' is fake while she is the original one. Karishma and Pearl reunited and had some marriage scenes in the show too. However the two have always maintained that they were just friends and never dated. Karishma Tanna and Upen Patel in their dating days

A post shared by Pearlvpuri (@starmeracuteyarpearlvpuri) on May 9, 2019 at 5:39pm PDT

Well, the fans also speculated the man in Karishma's latest Instagram pictures to be Upen or Pearl.

Guys, you can stop speculating since the lady has already revealed who the man in the pictures, is.

Sorry to disappoint you Tanna-fans but the man in the pictures is a fashion photographer named Abhishek Golecha. Karishma reshared Abhishek's Instagram story in which he posted the same picture with Karishma and wrote- "When i come infront of the camera".

Karishma revealed in the text she pasted on top of that, that this person was her photographer during a shoot- "That's my brilliant photographer in the pic Abhishek". 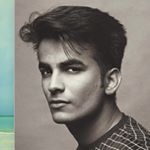