By: Filmymonkey Team
Updated: 06 Sep 2019 08:45 PM
One of the most adorable TV couples, Jay Bhanushali and Mahhi Vij welcomed their first biological child, a baby girl on August 21st last month and the parents have just carried their daughter home from Breach Candy hospital. The elated parents had been sharing various updates over their third child's arrival with their fans through their respective social media pages for past two weeks. The two are already parents to two kids son Rajveer and daughter Khushi who they adopted from their house help. Jay and Mahhi were papped today on Friday while holding their princess bundled in their arms making way to home from hospital. Mahhi has been reposting the pictures on Instagram thanking everyone for the congratulatory messages and good wishes.

In the first picture as the couple are headed home, they are seen seated inside the car flashing big smiles while daddy holds his cute daughter in his hands.

And in the other picture, the two pose for the paparazzi standing together post exiting the hospital with their bundle of joy.

ALSO - A Day After Giving Birth To Her Baby Girl, Mahhi Vij Trolled For Weight Gain! Actress Slams The "Idiots" Saying "My Priority Is Feeding My Baby"!

Jay, currently hosting 'Superstar Singer', had earlier said: "No relationship in the world can match the sanity of a father-daughter relationship and I wish that when my wife gives birth to a baby, she is a baby girl. I have no preference as such and it is not that I won't like if a baby boy is born but I admire this bond and since I have had a father-son connect with my father, now when I have a child, I want a daughter so that I can experience this too."

And here's how the newborn princess was welcomed home more than two weeks after. Mommy Mahhi shared a picture of decorations at their residence. The parents have also asked fans to suggest names for their daughter saying - "..ready to give her a name so need your help suggest us names starting with alphabet T or M...". They haven't revealed what they named her, yet. 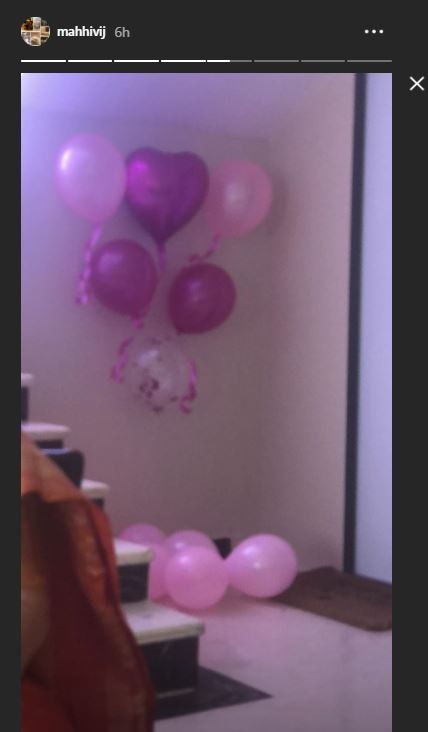 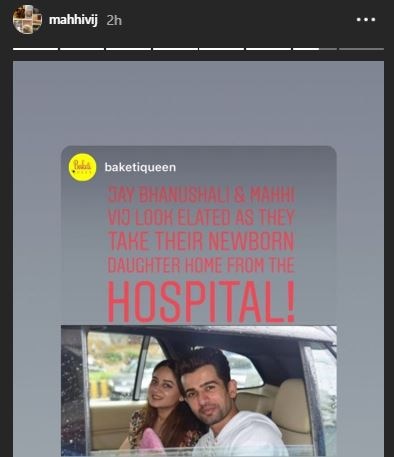 
The feeling of holding your baby cant explain in words..ready to give her a name so need your help suggest us names starting with alphabet T or M... #name #babynames #daughterandfather #daughter #dad #proudfather #princess #love #lovemywife #lovemyfather @mahhivij