'Left Right Left' fame Vikkas Manaktala to be back on TV with Colors' 'Jhansi Ki Rani'?

The actor has not done a full-fledged role ever since 'Ghulaam' went off-air in 2017 & his fans are waiting for his comeback.

By: Filmymonkey Team
Updated: 12 Jan 2019 04:15 PM
While Kangana Ranaut's next 'Manikarnika -The Queen of Jhansi' is one of the most-awaited films of this year, the character of 'Rani Laxmibai' is all set to create magic on small-screen as well. Few years ago, 'Jhansi Ki Rani' on ZEE TV went on to be a huge success & now the makers are all set to bring back the popular show with the same title & new star-cast on 'Colors'. While Ulka Gupta & Kratika Sengar became household names after playing 'Manikarnika' in the ZEE TV show, popular teenage TV actress Anushka Sen is all set to step into the role the the upcoming Colors show. 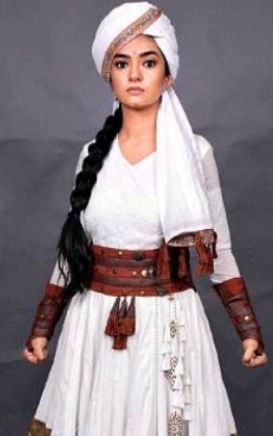 Now according to latest reports, the makers have roped in a popular TV name to play the role of Rani Laxmibai's husband King Gangadhar Rao Newalkar in producer Abhimanyu Singh’s 'Jhansi Ki Rani' & he is none other than handsome Vikkas Manaktala.