As per the current track, Dipika Kakar's character of actress 'Sonakshi', who plays Parvati in 'Kahaani Parvati Ki', will be replaced within the show and this made her fans very upset.

By: Filmymonkey Team
Updated: 05 Sep 2019 04:22 PM
TV actress Dipika Kakar Ibrahim, who is currently seen playing the role of Sonakshi in Star Plus’ daily 'Kahaan Hum Kahaan Tum' opposite Karan V Grover, has been receiving immense love from her fans who protested against her on screen character being replaced within the show on social media. Dipika Kakar, who was part of shows like 'Sasural Simar Ka' and 'Nach Baliye '8', has been enthralling the audience with her performance on the show. 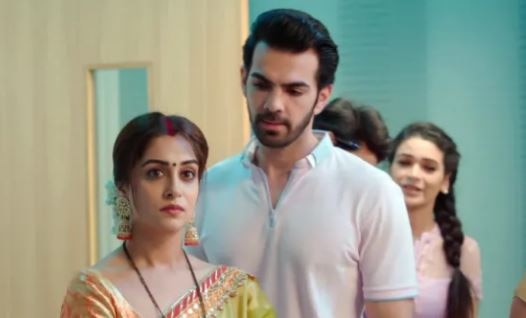 As per the current track, Dipika aka 'Sonakshi', who plays Parvati in 'Kahaani Parvati Ki' will be replaced within the show and this made her fans very upset. They started a trend on social media with #NoSonakshiNoKPK to extend their love for her on-screen character. In return Dipika posted a heartfelt message for her fans thanking them for their constant support to the show and her role.

Posting a video on Instagram, Dipika Kakar wrote, "A very small way of saying Thank You to all my fans who always love me unconditionally!!! #grateful #blessed #dipstars #sonakshirastogi #trending #kahaanhumkahaantum #starplus"

In the video, Dipika Kakr is thanking her fans for showering so much love on her as well as 'Kahaan Hum Kahaan Tum'. Take a look at her post below:


A very small way of saying Thank You to all my fans who always love me unconditionally!!! ❤🙏🏻#grateful #blessed #dipstars #sonakshirastogi #trending #kahaanhumkahaantum #starplus

Take a look at few fans reaction below:

just know sonakshi jee aka meri parvati that vimmi will always be there to support you no matter what I will do anything for you sirf ap he meri parvati hain kisi aur ko imagine bhi nahi karsakti.

SHUSH ABOUT REPLACING HER. SHE WILL REMAIN THE ONLY PARVATI WE WILL ACCEPT. WE WILL BOYCOTT THE NEW ONE..#NoSonakshiNoKPK pic.twitter.com/ya7TzRew6D