By: IANS
Updated: 07 Apr 2018 11:42 AM
Mumbai: Actor-comedian Kapil Sharma has agreed that he wrote offensive and abusive posts on his Twitter page.

"Maine jo b likha tha apne dil se likha tha (whatever I wrote was written from my heart), it was my team who deleted my tweets. But main is k***e bikaayu reporter se darne wala nahi hu (But I will not be scared of this reporter). He can write anything for anybody just for few bucks. Shameless". 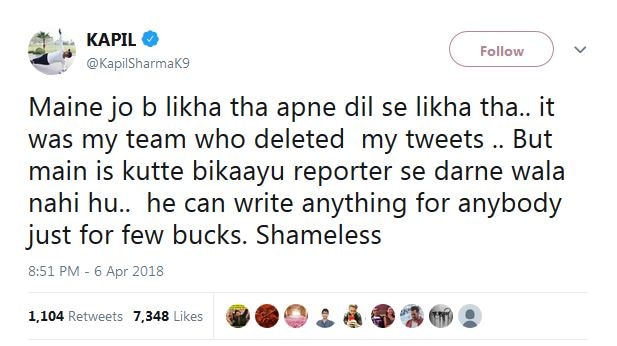 A slew of offensive and abusive posts from his Twitter page left fans Of Kapil surprised on Friday.

However, the actor-comedian previously said his account had been hacked.

"Hi all, please ignore the previous offensive tweets as my account was hacked. Apologies for the inconvenience caused. Love and regards to all," Kapil tweeted late late on Friday afternoon.

A few posts addressed fake news. "Agar main prime minister hota to fake news banane walo ko faansi laga deta (If I was the Prime Minister, I would have hanged those who spread fake news)."

A few of the tweets had abusive language in Hindi. Some were also targeted at a journalist "who only spread(s) negativity about me for very little money".

Besides writing offensive tweets. Kapil has also lodged a complaint against the journalist, where the subject read -- "Threat to extort and harassement" by a news agency on the "instance of ex managers" to cause "mental and emotional suffering". 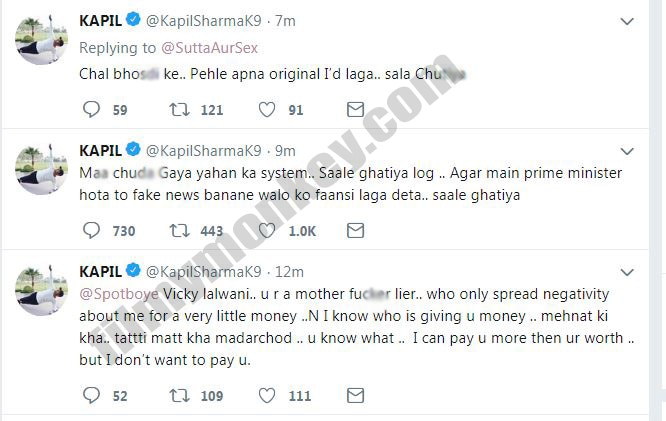 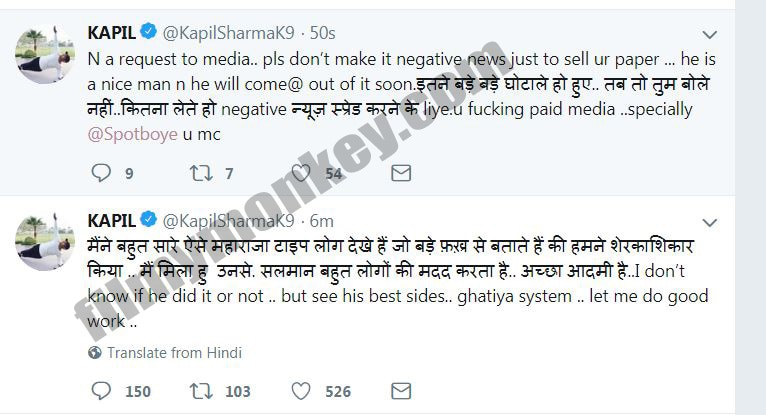 The complaint also read that all the instances of false and malicious publicity affected him emotionally and had to sought to professional counselling and is under medication.

The complaint also stated that Kapil is very disturbed by line of comments like a "failed actor. celebrity out of control, choice of wrong life partner".