GUESS WHO? Hint: THIS TV Actress Is Currently Seen In Kasautii Zindagii Kay 2

Here's an adorable childhood throwback picture of a TV actress, who is currently seen in Kasautii Zindagii Kay 2.

By: Filmymonkey Team
Updated: 23 Jul 2019 05:22 PM
New Delhi: Ekta Kapoor’s reboot version of ‘Kasauti Zindagii Kay’ has managed to keep the viewers hooked on to their TV sets. The romantic saga starring Parth Samthaan, Erica Fernandes and Karan Singh Grover is churning out drama-packed episodes. The marriage track of Prerna and Mr. Bajaj has become the talk of the town.

Before Mr. Bajaj, Mohini Basu played spoilsport in Anurag and Prerna’s love story. Shubhaavi Choksey, who plays the role of Parth Samthaan’s on-screen mom Mohini Basu, has received praise from the fans for her performance.

PICS: Shubhaavi Choksey Ditches Sarees As She Enjoys Her Vacation in Turkey

The beautiful actress shared a cute childhood throwback picture on Instagram. The caption for the post read, ‘’ Look what I found ?? My mom says I was around 2years old #memories #childhood #loveparents #blessed.’’

Check out the photo!

Shubhaavi’s  ‘Kasautii 2’ co-star Pooja Banerjee aka Nivedita Basu commented on the picture. She wrote, ‘’Is that you??? Cute little munchkin.’’ 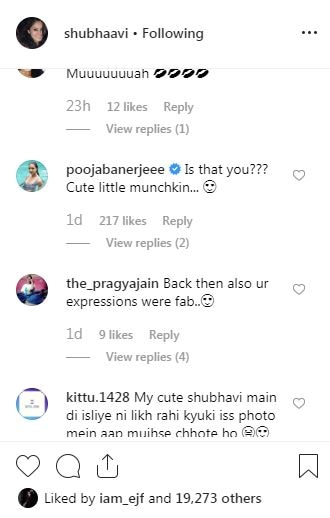 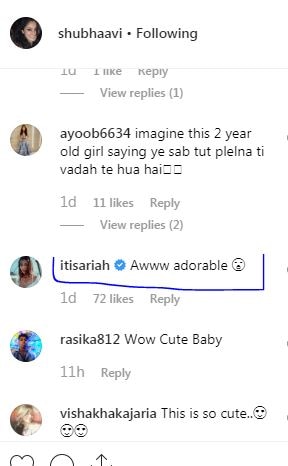 Shubhaavi Choksey has grabbed several eyeballs, all thanks to her look in ‘Kasautii Zindagii Kay 2’. Her traditional jewellery and sarees are quite a hit among the viewers.


“My skin is 24 karat gold when a sun hit it“ Kevin Gates .. Photography by: @tarun_kalyani #mohinibasu