Aamna Sharif, who is best known for playing lead role in 'Kahiin Toh Hoga', opposite Rajeev Khandelwal, is all set to enter 'Kasautii Zindagii Kay' as 'Komolika'.

By: Filmymonkey Team
Updated: 10 Oct 2019 01:34 PM
Ekta Kapoor's 'Kasautii Zindagii Kay' reboot, featuring Parth Samthaan, Erica Fernandes and Karan Singh Grover in lead roles, is one of the most loved show on small-screen currently. 'KZK 2' is fetching decent TRPs and now everyone's favourite vamp 'Komolika' is set to re-enter the show. As reported earlier, 'Kahiin Toh Hoga' fame Aamna Sharif has replaced Hina Khan as 'Komolika' in 'Kasautii Zindagii Kay 2'. Aamna Sharif, who is super-excited for her TV comeback, has finally started shooting for the Star Plus show and her first look as new 'Komolika' is out now.

In her first look from 'Kasautii Zindagii Kay', Aamna Sharif is looking stunning in a royal blue outfit with an off-shoulder blouse and matching lehenga. 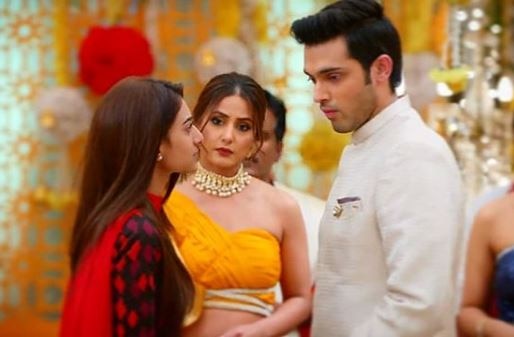 Take a look at Aamna's first look as 'Komolika' below (SWIPE LEFT):

'Kasautii Zindagii Kay' will mark Aamna Sharif's TV comeback after a gap of almost 6 years as she was last seen in 'Ek Thhi Naayika' in the year 2013. For the first time in her career, she'll be seen playing a negative role in 'Kasautii Zindagii Kay'. Now, it'll be interesting to see if the viewers will accept her as new 'Komolika' or not. 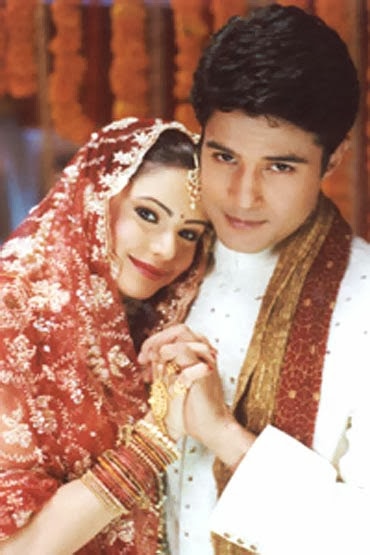 On the career front, Aamna Sharif made her TV debut with 'Kahiin Toh Hoga' and became a household name as 'Kashish'. Her pairing with Rajeev Khandelwal was a big hit. After 'Kahiin Toh Hoga', she also played lead role in Sony TV's 'Hongey Judaa Na Hum'. In 2009, she made her Bollywood debut with the film 'Alloo Chaat' opposite Aftab Shivdasani' and went on to feature in films like 'Aao Wish Karein', Shakal Pe Mat Jaa' and was last seen on big screen in 'Ek Villain' as Riteish Deshmukh's wife.