By: Filmymonkey Team
Updated: 06 Oct 2019 04:28 PM
Popula TV actor Parth Samthaan, who is currently playing the lead role of 'Anurag Basu' in Ekta Kapoor's 'Kasautii Zindagii Kay' reboot opposite Erica Fernandes, is winning hearts with his performance in the much-loved Star Plus show. Whereas, he often made headlines for his personal life as well. Few months ago, speculations were rife that Parth was dating 'Kasautii Zindagii Kay 2' lead actress Erica however the couple later parted ways with each other. After alleged breakup with Erica, Parth is now dating another co-star Ariah Agarwal as per latest buzz. 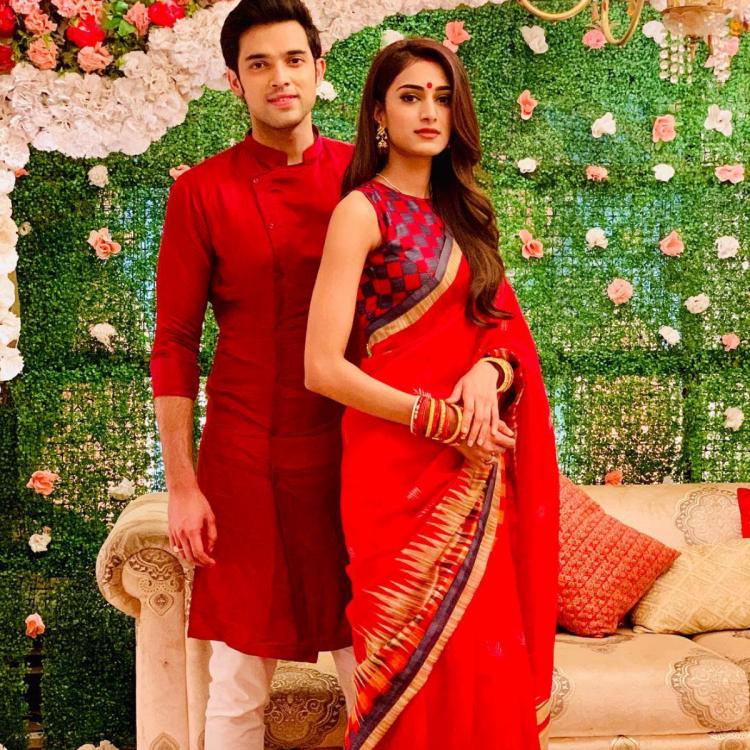 While both Parth and Ariah are yet to reach on the dating rumours, the actress has declared that they are 100 per cent compatible. Adding fuel to the fire, Ariah Agarwal took to her social media account yesterday (5th October) and posted few pictures with her 'friend' Parth Samthaan. In the pictures, Parth and Ariah are looking  adorable together as they look into each other's eyes.

Kasautii Zindagii Kay 2: Here's What Hina Khan Has To Say About Aamna Sharif REPLACING Her As Komolika

Posting the pictures on her Instagram account, Ariah wrote, "Hey alexa! What is Pisces and Pisces friendship compatibility?Alexa: 100%"

Apart from Parth, their co-stars Hina Khan (former Komolika) and Shubhaavi Choksey (Mohini Basu) too commented on the post. Take a look at their comments below: 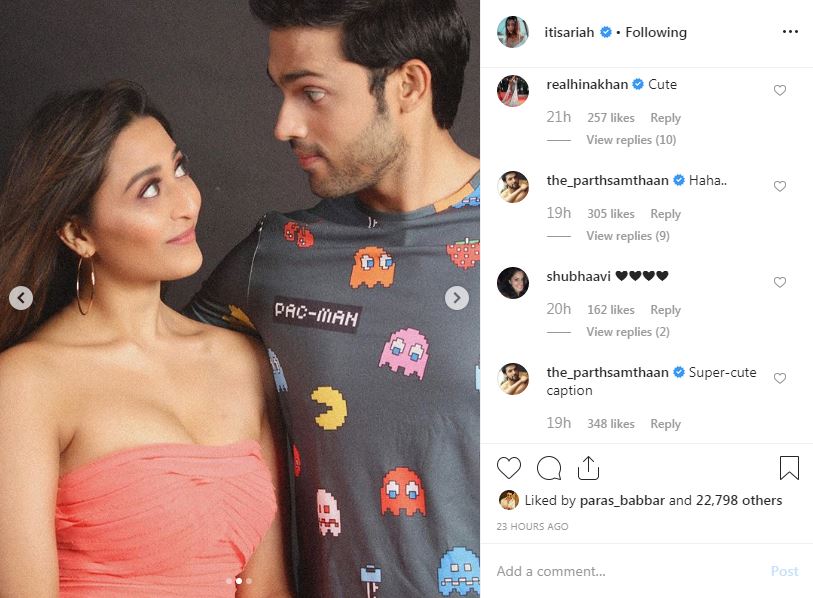 Recently, a video of Parth-Ariah from Hina Khan's star-studded birthday bash went viral on Internet in which the duo was seen dancing on the song ‘Neend Churayi Meri Kisne O Sanam Tune’. In the video, Parth and Ariah are looking happy and together.

Now, it'll be interesting to see what Parth and Ariah have to say about their 'friendship'.