Kawach Mahashivrati: Deepika Singh Gets Intimate With Namik Paul In a Romantic Scene In Rain! Video INSIDE!

By: Filmymonkey Team
Updated: 15 Jul 2019 07:46 PM
The popular 'Sandhya Rathi' of 'Diya Aur Baati Hum' is currently seen in an all different avatar of 'Sandhya Jindal' in recently launched supernatural Colors TV series 'Kavach... Maha Shivratri' that revolves around the lead characters of Sandhya, her former husband 'Kapil'(Vin Rana) and current husband 'Angad' (Namik Paul). Angad is possessed by Sandhya's former husband and evil spirit Kapil and the wife now has to shield her husband from this evil power. The show is hasn't managed to get good Trp's at the Barc Rating list but it keeps social media buzzing with the new twists and turns introduced in the story line. There's also a steamy scene in store for the 'Kawach Mahashivratri' fans. Deepika aka Sandhya and husband Angad aka Namik shot a scorching hot romantic scene in rain. Deepika in a pink saree and Namik in a green shirt and denims will leave you jaw dropped with their super hot sequence during the monsoon rain.

Dipika, who was away from TV for past two years after she gave birth to her first child, baby boy Soham with husband Rohit Raj Goyal, non-hesitatingly gets sensuous with her current co-star and the fans are drooling. Namik also kisses Deepika in the sequence. Not too often was Dipika seen romancing her former co-star Anas Rashid this intimately in her debut Star Plus show 'DABH'.

And here's how the fans are reacting to the video: 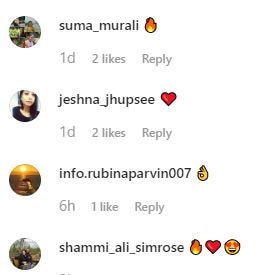 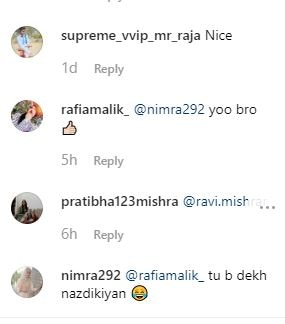 Another video Colors shared from the upcoming track of the show, left fans shocked too when Sandhya gets possessed too and heads to kill Angad with a knife. Looks like, the couple has far more challenges to face in the coming episodes of the show.