By: Filmymonkey Team
Updated: 24 Jul 2019 05:44 PM
TV actress Erica Fernandes, who is currently seen playing the lead role of 'Prerna' in Ekta Kapoor's top-rated Star Plus show 'Kasautii Zindagii Kay' opposite Parth Samthaan and Karan Singh Grover, is getting positive response for her performance in the show. Apart from 'Kasautii Zindagii Kay 2', the talented actress will soon be seen in another TV show. Yes, Erica Fernandes will soon appear in a episode of Bharti Singh & Haarsh Limbachiya's Colors show 'Khatra Khatra Khatra' along with her former 'Kasautii..' co-star Hina Khan's bestie Priyank Sharma. 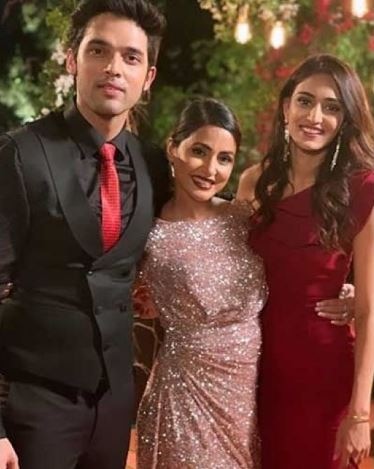 Priyank and Erica recently shot for 'Khatra Khatra Khatra' episode and various pictures & video of the duo from the show's sets are doing the rounds on Internet.

In the pictures, Erica Ferndandes is looking amazing in a funky look. She will be seen in a blue jumpsuit and braided hairstyle with a ponytail. Whereas Priyank Sharma is looking dapper as always in a neon green oversized jacket with white tee and a pair of blue denim. 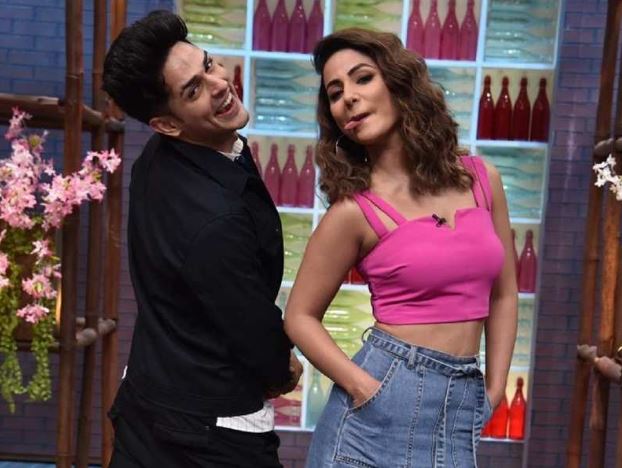 Priyank & Erica's friend Hina Khan took to her social media account and posted a picture of the duo posing together during 'Khatra Khatra Khatra' shoot as her Instagram story and wrote, "Mere do Anmol Ratan.. so proud of you guys.. keep shining.. As I always say Kaam se. Lovely you both are looking.."

Take a look at some more pictures & video of Priyank-Erica from 'Khatra Khatra Khatra' sets below (SWIPE LEFT):

GUESS WHO? Hint: THIS TV Actress Is Currently Seen In Kasautii Zindagii Kay 2

Apart from Erica & Priyank, Meet Bros will also be a part of the episode.

Speaking about 'Khatra Khatra Khatra', the Colors show is a comedy series based on the concept of embarrassing dares & pranks. The show features various 'Khatron Ke Khiladi 9' contestants like Bharti Singh, Haarsh Limbachiyaa among others.

On the career front, Erica Fernandes made her TV debut with Sony TV's 'Kuch Rang Pyar Ke Aise Bhi' opposite Shaheer sheikh and is currently winning hearts with her portrayal of 'Prerna' in 'Kasautii Zindagii Kay'.

Whereas, Priyank Sharma rose to fame after participating in 'Roadies Rising', 'MTV Splitsvilla 10' and became a household name after 'Bigg Boss 11'. He made his acting debut earlier this year with ALTBalaji's popular web-series 'Puncch Beat' and his second web-series titled 'The Holiday' is currently steaming on 'The Zoom Studio' Youtube channel.