Along with the winner's trophy, Punit J Pathak also took home the prize money of Rs 20 lakh and a brand new Swift car.

By: Filmymonkey Team
Updated: 11 Mar 2019 10:34 AM
HIGHLIGHTS
Top-rated reality show 'Khatron Ke Khiladi 9', hosted by director Rohit Shetty, finally came to an end last night (10th March). Actor-choreographer Punit J Pathak, who came out as one of the strongest contestants of the ninth season of stunt-based reality show, was declared the winner. Along with the winner's trophy, Punit J Pathak also took home the prize money of Rs 20 lakh and a brand new Swift car. Singer-anchor Aditya Narayan was declared as the runner-up whereas TV actress Riddhima Pandit bagged the third position. 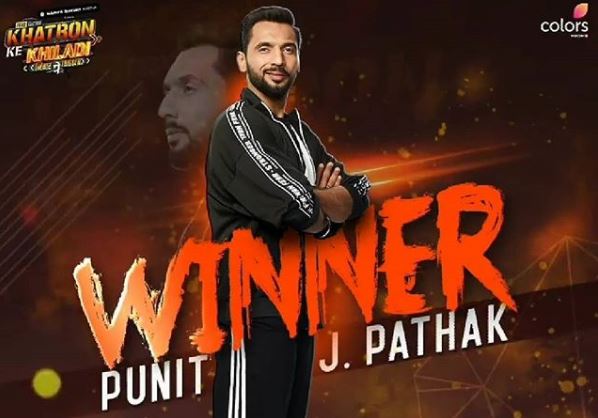 Speaking about winning 'Khatron Ke Khiladi 9', Punit said in a statement, “Nothing comes easy for me this win was due to sheer hard work, focus, determination and self believe. It feels great to be crowned as the ultimate winner of Khatron Ke Khiladi 9. Winning a show that directs its participants to face their fears and overcome them, does wonders to their confidence.”