By: Filmymonkey Team
Updated: 15 Apr 2019 10:27 AM
HIGHLIGHTS
Rohan Mehra & Kanchi Singh, who are dating each other in real-life, are one of the most adorable couples of Indian Television. The couple met each other on 'Yeh Rishta Kya Kehlata Hai' sets and fell for each other. Rohan & Kanchi, who played the roles of cousins 'Naksh' & 'Gayatri' aka 'Gayu', quit 'Yeh Rishta...' since a long time ago and there roles are now played by Shehzad Shaikh & Deblina Chatterjee in the show. After moving out of Star Plus show, Rohan & Kanchi are now finally coming together for another show. 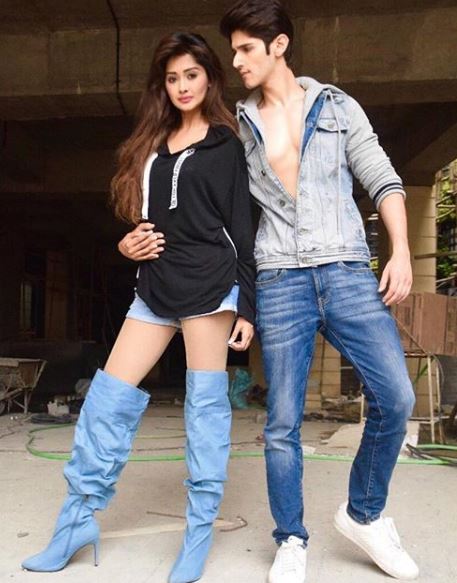 The much-in-love couple is all set to share screen-space in culinary based reality show 'Kitchen Champion' which is hosted by popular TV star Arjun Bijlani and airs on 'Colors TV'.

Rohan & Kanchi recently shot for 'Kitchen Champion' & both of them have posted few pictures from the show's sets on their social media account.

Rohan Mehra captioned the pictures as, "From the sets of #kitchenchampion ???? Coming soon !!! @colorstv"

Girlfriend Kanchi Singh too posted few pictures from 'Kitchen Champion' sets with a similar caption. Check out her post below:

This will be the first time when Rohan & Kanchi will be seen together on a TV show after quitting 'Yeh Rishta Kya Kehlata Hai' which is a great news for their fans.