Shweta Tiwari, who was recently in news for filing a domestic violence & harassment case against her actor-husband Abhinav Kohli, is set to make her TV comeback after a gap of three years.

By: Filmymonkey Team
Updated: 22 Sep 2019 04:22 PM
Popular actress Shweta Tiwari, who was last seen in Shivangi Joshi and Vishal Aditya Singh starrer &TV show 'Begusarai' in 2016, is finally making her comeback small-screen comeback after a gap of three long years. The talented actress, who became a household name after playing the role of 'Prerna' in 'Kasautii Zindagii Kay' will be seen playing female lead in Sony TV's upcoming show 'Mere Dad Ki Dulhan' opposite Varun Badola and her fans are super-excited. Now, the teaser of Shweta Tiwari's comeback show is finally out which will surely make her fans day.

Sharing the teaser on Instagram, Palak Tiwari wrote, "@shweta.tiwari will always always be my favourite person to watch on screen which makes me super duper excited for this!!!!! Here’s the teaser for #meredadkidulhan @sonytvofficial"

Take a look at Palak's post and 'Mere Dad Ki Dulhan' teaser below:


@shweta.tiwari will always always be my favourite person to watch on screen which makes me super duper excited for this!!!!! Here’s the teaser for #meredadkidulhan ???????????????????? @sonytvofficial

'Mere Dad Ki Dilhan' will revolve around the bond between a father & her daughter. After realising loneliness in her father's life, the daughter will find a partner for him.

Recently, Shweta Tiwari made headlines for filing FIR against her second husband Abhinav Kohli for allegedly abusing her daughter Palak Tiwari. Post which, Abhinav Kohli got arrested by police and got bail a day after. But now, the actress' life is back to normalcy as she has been posting happy pictures with daughter Palak & son Reyansh.

On the career front, Shweta Tiwari became a household name after 'Kasautii Zindagii Kay' and went on to be a part of many popular shows like 'Naaginn', 'Iss Jungle Se Mujhe Bachao', 'Bigg Boss 4', 'Jhalak Dikhhla Jaa', 'Parvarrish – Kuchh Khattee Kuchh Meethi' among others. 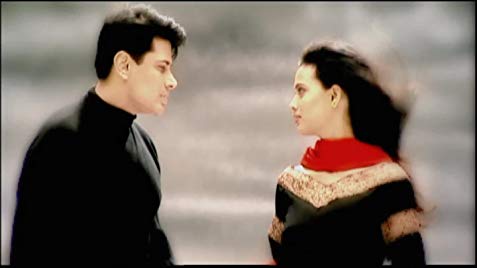 She is making her digital debut with ALTBalaji's upcoming web-series reportedly titled 'Hum Tum and Them' co-starring Akshay Oberoi, Aashika Bhatia, Bhavin Bhanushali among others.