On the occasion of wife Ripci Bhatia's first birthday after marriage, actor Sharad Malhotra wished her on social media,

By: Filmymonkey Team
Updated: 11 Aug 2019 01:00 PM
TV actor Sharad Malhotra, who is currently seen playing the lead role of 'Raunak' in Star Bharat's 'Muskaan' opposite Yeshu Rughani, got married with Delhi-based designer Ripci Bhatia on 20th April this year in an anand karaj ceremony in a gurudwara in Mumbai. Later, the couple also tied the knot following Hindu rituals. The recently-married couple are finally off to Europe for their long due honeymoon. Yesterday (10th August), Ripci celebrated her birthday and hubby Sharad wished her in an adorable way. 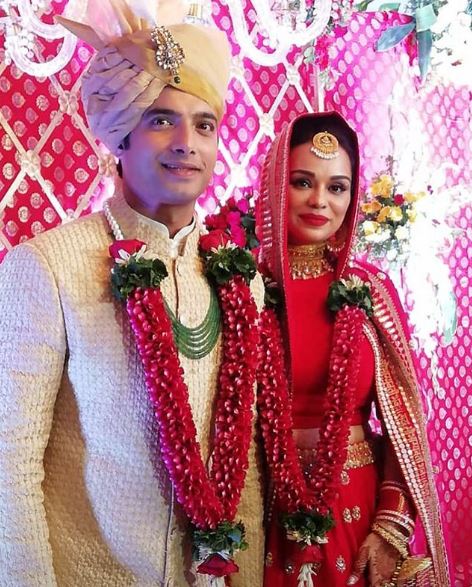 The talented actor took to his social media account and posted a stunning picture with wife Ripci from their Europe trip along with an adorable birthday wish. In the picture, the couple can be seen beaming with joy as Ripci is hugging hubby Sharad.