'Bigg Boss 12' buddies Rohit Suchanti & Srishty Rode were in talks to participate in 'Nach Baliye 9' as 'anokhi jodi' but the plan got scrapped.

By: Filmymonkey Team
Updated: 30 Jul 2019 12:12 PM
TV actress Srishty Rode, who became a household name after her stint in Salman Khan hosted 'Bigg Boss 12', is making headlines due to her personal life ever since she got evicted from the show last year. She announced her break-up with fiance Manish Naggdev after 'Bigg Boss 12' and various reports suggested that she was dating Rohit Suchanti but the duo denied the speculations and said that they are 'good friends'. Now, the latest buzz suggests that Rohit & Srishty were all set to participate in 'Nach Baliye 9' together.

Nach Baliye 9 FIRST ELIMINATION: NOT Vishal-Madhurima But THIS Jodi EVICTED From Show

Earlier this year, Rohit Suchanti admitted his one-sided love for Srishty Rode and 'Nach Baliye 9' makers were reportedly keen to have them as participants on the show.

According to an entertainment portal, "Rohit Suchanti and Srishty Rode were almost finalised for the show to enter as an anokhi jodi where the theme would have been one-sided love. But unfortunately the plan could not go through as someone, close to Srishty acted a spoilsport." And he's none other than Srishty Rode's alleged boyfriend Vijal. Reportedly, Srishty & Rohit were ready to be a part of 'Nach Baliye 9' as a jodi but Vijal wasn't too happy with the idea. He got upset and asked Srishty to drop the idea of participating in the reality show with Rohit.

Speaking about the same, a source told SpotboyE that, "Vijal was not happy with the idea of Rohit dancing with Srishty and he got extremely upset with the idea. On knowing about it, he told Srishty to back off and not participate in the show with Rohit." 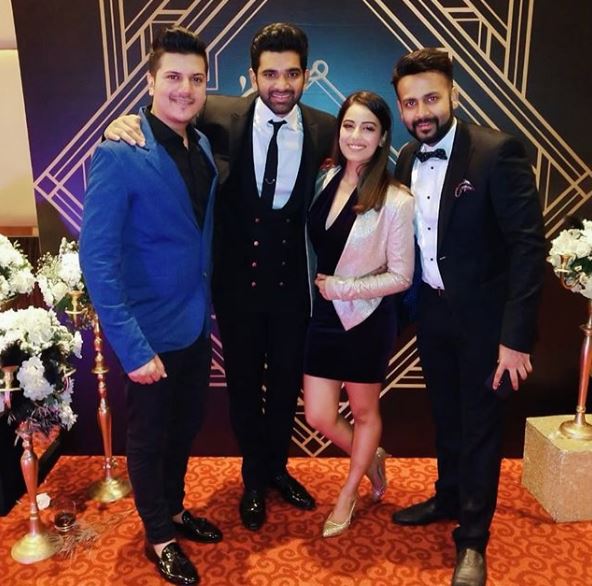 Both Rohit & Srishty Rode are yet to react on the same.

Speaking about Srishty & entrepreneur Vijal, various reports recently suggested that the couple is dating each other and the actress plans to marry him. Later, Srishty took to her social media account and announced that she is happy and single. However, there's still a buzz that she is in a relationship with Vijal. Take a look at a video below in which Srishty can be seen with Vijal:

On the career front, Srishty Rode is set to make her Bollywood debut opposite Abhishek Dua in an untitled sports film. Whereas, she will also be seen in a music video with Rohit Suchanti.