A picture of 'Kundali Bhagya' actress Shraddya Arya posing with ex-beau Alam Makkar on 'Nach Baliye 9' sets in doing the rounds on internet.

By: Filmymonkey Team
Updated: 09 Jul 2019 07:03 PM
Popular TV actress Shraddha Arya, who is currently seen playing the lead role of 'Preeta' in Zee TV's 'Kumkum Bhagya' spin-off 'Kundali Bhagya' opposite Dheeraj Dhoopar, is all set to participate in 'Nach Baliye 9' with ex-boyfriend Alam Makkar. Yes, 'Nach Baliye 9' will see ex-couples as contestants along with much-in-love real life couples. Few days ago, the makers released a new promo featuring Shraddha Arya without revealing the face of her ex 'Baliye'. Now, a picture of Shraddya Arya with ex-boyfriend Alam Makkar from 'Nach Baliye' sets is doing the rounds on Internet.

In the picture, Shraddha Arya can be seen posing with Alam Makkar in the same costume which they are wearing in the promos.

'Kundali Bhagya' Actress Shraddha Arya On Nach Baliye 9: It Feels Wonderful To Be Part Of The Show

Take a look at the picture below: 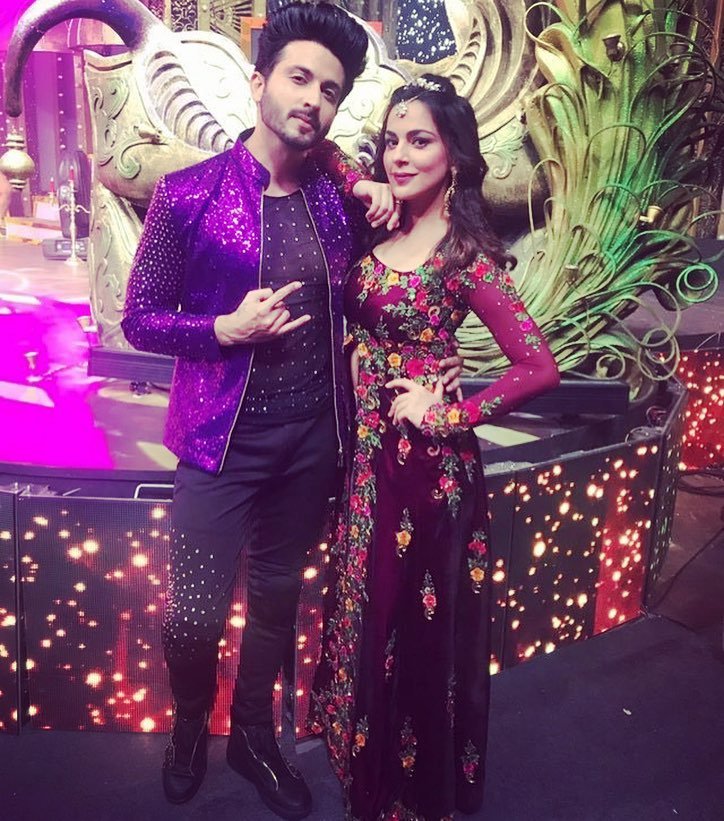 Coming back to Shraddha Arya, she made her TV debut as a contestant in 'India's Best Cinestars Ki Khoj' in 2004. Later, she went on to feature in shows like 'Main Lakshmi Tere Aangan Ki', 'Dream Girl', 'Tumhari Paakhi', 'Kasam Tere Pyaar Ki' among others.