Nach Baliye 9: Faisal-Muskan & 3 Other Couples Get HI-FI And Are Safe From Eviction Next Week!

Only 4 couples will get HI-FI from judges Raveena Tandon-Ahmed Khan and will be in safe zone next week.

By: Filmymonkey Team
Updated: 01 Aug 2019 08:16 PM
After a grand launch, the competition between 'Nach Baliye 9' jodis finally began last week. The 12 couples gave their best to impress judges Raveena Tandon & Ahmed Khan with their first dance performance. Every week, best performers get high five from 'Nach Baliye' season 9 judges which means that they will be safe from eviction in the next week. Produced by Salman Khan, 'Nach Baliye 9' team shot for this week's episodes recently and the names of contestants who will get high five are out now. 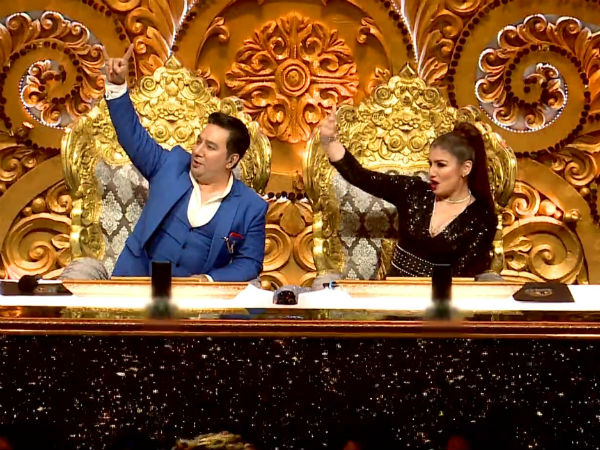 Reportedly, 5 couples will get HI-FI from judges this week.

This means that these 4 couples are safe from eviction next week. However, it is not yet confirmed.

Apart from the performances, this season's first elimination will also be announced in 'Nach Baliye 9'. As reported earlier, Keith Sequeira-Rochelle Rao and Urvashi Dholakia-Anuj Sachdeva will be the bottom two couples. After a dance face-off, Keith & Rochelle will get evicted from 'Nach Baliye 9'.

On a related note, the concept of ex as well as current couples is working well for the makers as 'Nach Baliye 9' has entered the weekly TRP list of top 10 most watched shows as the premiere week has fetched great numbers and the reality show has claimed 5th spot.