'Kasautii Zindagii Kay' actress Urvashi Dholakia have been approached to shake a leg in 'Nach Baliye 9' along with former lover Anuj Sachdeva.

By: Filmymonkey Team
Updated: 17 Mar 2019 09:40 PM
HIGHLIGHTS
New Delhi: Popular reality show ‘Nach Baliye’ is all set to return to the small screens with another new exciting season on Star Plus. The last season of the show was won by ‘Yeh Hai Mohabbatein’ actress Divyanka Tripathi and her hubby Vivek Dahiya. The makers of ‘Nach Baliye 9’ are currently busy roping in the celebs for the show. Speculations are rife that this year former couples will shake a leg together in ‘Nach Baliye 9’.

As per the latest buzz, the makers have approached ‘Kasautii Zindagii Kay’ actress Urvashi Dholakia to participate in the show. A report in an entertainment portal has suggested that Star Plus has invited the original Komolika to be a part of ‘Nach Baliye 9’. 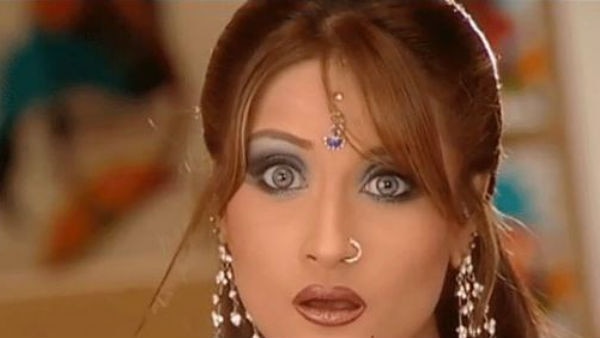 (Urvashi in Kasautii as Komolika)

And guess what? The makers have approached Urvashi to shake a leg with her alleged ex-lover Anuj Sachdeva. The two celebs are yet to give their nod to the show, the report added.

The actor made his small screen debut with 'Sabki Laadli Bebo' and later went on to do shows like 'Phir Subah Hogi','Chhanchhan', 'Itti Si Khushi' and 'Swaragini'.

‘’Nothing like that,’’ Anuj told SpotboyE when the portal asked him about ‘Nach Baliye 9’.


Fall asleep with a dream but make sure you wake up with a purpose. ???? #MondayMotivation #ApnAnuj

Urvashi Dholaki and Anuj Sachdev’s alleged romance grabbed several eyeballs way back in 2011. The two small screen stars never confirmed their relationship and they broke up after some time. According to reports, the two actors broke up because Anuj’s parents didn’t approve of Urvashi, who is a single mother of two children and older than him.

Gossip mills were earlier buzzing with the rumours that Anuj and Urvashi have patched up in 2017. The two actors were spotted at Pro Kabaddi League and Anuj even shared pictures from the match on social media.

Talking about ‘Nach Baliye 9’, it is rumoured that Tiger Shroff and Disha Patani have been approached for the show. Interestingly, ‘Bepannaah’ actress Jennifer Winget and popular comedian Sunil Grover might host the show. The show is expected to launch post the culmination of IPL 2019.

For all the updates related to 'Nach Baliye 9', click on THIS LINK.