The TV actor got injured while riding a horse on the sets of his mythological show Chandragupta Maurya and has been advised best rest by doctors.

By: Filmymonkey Team
Updated: 30 Aug 2019 11:08 AM
Maharana Pratap fame TV actor Faisal Khan has been wowing judges and audiences with his tremendous dance performances on Nach Baliye 9 along with girlfriend Muskaan Kataria. However, the latest update about the actor might leave his fans heartbroken as Salman Khan’s dance reality show Nach Baliye 9 may witness the unexpected exit of dancer Faisal Khan.

Faisal recently suffered a major leg injury and had to undergo a surgery.

According to a TOI report, the actor got injured while riding a horse on the sets of his mythological show Chandragupta Maurya and has been advised best rest for the next two weeks.

Sources informed the website that Faisal went through a surgery which went on for a couple of hours. He got injured on his right leg and doctors have advised him to take complete bed rest. He has also been instructed to avoid dancing for six to eight weeks. His show Chandragupta Maurya was in its last leg and he had only two-three days of shooting. The makers of Nach Baliye have also been informed about the injury.


Challenges break monotony and give you something new to look forward to. This act is especially different and I’m hoping you will tune in tonite to watch us dance away with new challenges in hand! Jodi No. 11 #FaisAan on #NachBaliye9, Tonight at 8pm on StarPlus and Hotstar @starplus @banijayasia

Though Faisal has not taken any decision on quitting Nach Baliye right now but with this injury, his future on the show looks very uncertain. He shared pics from hospital bed on his Instagram story: 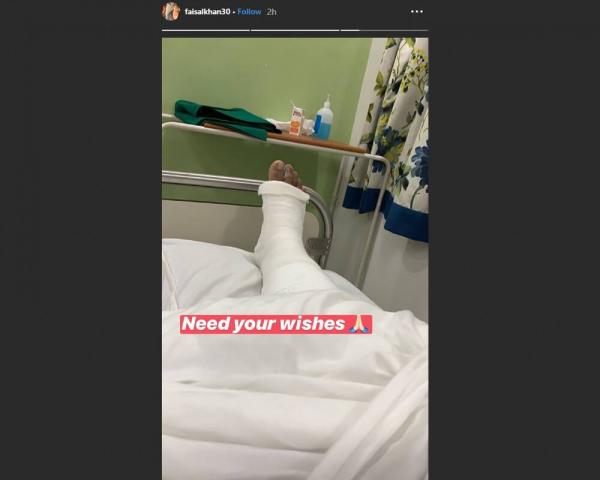 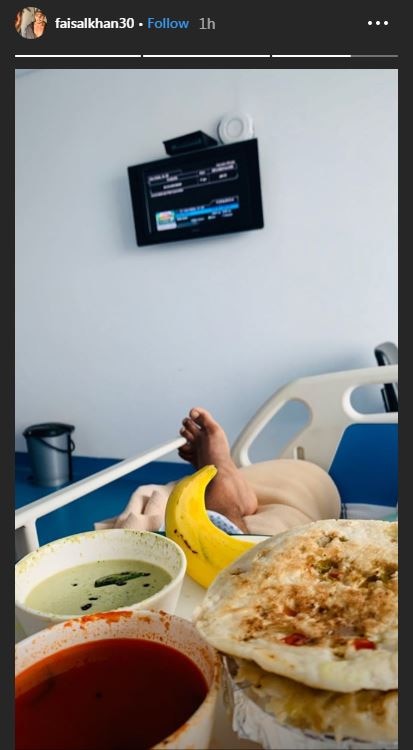 Faisal's father confirmed the news of his injury, however he refused to comment on it further.