By: Jeevika Singh
Updated: 08 Apr 2017 01:26 PM
New Delhi: The war of dance between the TV jodis has started in the Star Plus’ Dance reality show Nach Baliye season 8. Couples are entertaining the audience but are also rehearsing hard to get the highest scores.

Earlier we told you that Pritam and his better half Amanjjot scored the highest while Sanaya Irani and Mohit Sehgal attained the lowest marks. Mohit also forgot his dance steps leaving them at the bottom of the table. The development left the young actor in tears.

Today is the judgment day and one of the jodis will get eliminated. It will be based on the voting numbers.

We also reported that Kapil Sharma’s on-screen ‘Bhuaa’ aka Upasna Singh will join Karan Tacker as co-host in Nach Baliye.

Now we have got her first look from the show. She would has donned a very funky avatar while wearing red-blue saree.

Check out this picture: 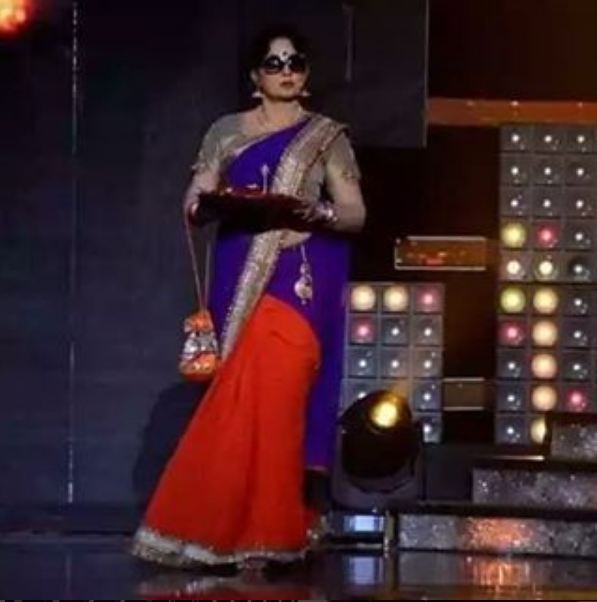 Talking to a portal, Upasna Singh said “I was always supposed to be a part of the show even before Karan Tacker came in the picture. But these people had different plans for my entry hence Karan alone shot for the premiere episode.”

Well seems like that Upasna Singh will host the eliminations episode.

It will be judged by Bollywood actress Sonakshi Sinha, Terence Lewis and Mohit Suri  and TV actor Karan Tacker and Upasna Singh will be seen hosting the show.