By: Filmymonkey Team
Updated: 15 Jul 2019 09:24 AM
Sushmita Sen's brother Rajeev Sen & TV actress Charu Asopa & Bollywood actress got married on 16th June in Goa in the presence of their families and close-friends. The couple exchanged wedding vows in traditional Rajasthani & Bengali ceremonies. Since then, Charu & Rajeev are enjoying this new phase. The couple, who first got hitched in a court marriage on on 7th June before their traditional wedding ceremonies, is reportedly in talks for an interesting project. Yes, Charu and Rajeev might be seen sharing screen-space soon if all goes well. 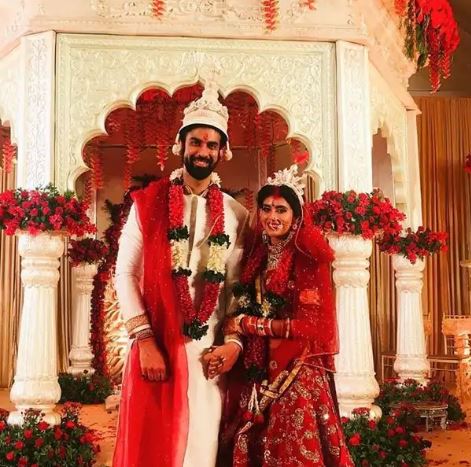 Reportedly, Charu and Rajeev have been approached to star together in an upcoming web-series for Ullu App.