A picture of a popular TV actor in Lord Krishna avatar is going viral on social media. Can you guess who the TV actor is?

By: Filmymonkey Team
Updated: 11 May 2019 12:04 PM
A  picture of a popular TV actor in Lord Krishna avatar is going viral on social media. The actor currently plays the main lead on a Star Bharat show. He recently got married to his Delhi-based girlfriend in a big fat wedding which was attended by many popular stars from the small screen.

Take a look at the picture here: 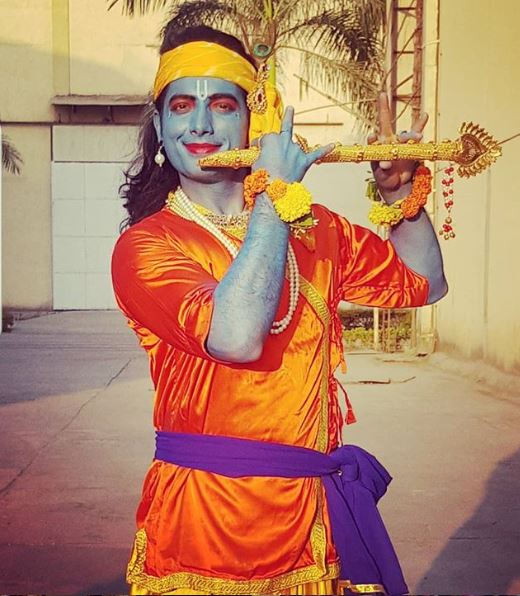 Can you guess who the TV actor is?

Well, it’s none other than Ssharad Malhotra. The actor has donned the avatar of Lord Krishna in this recent picture. Sharing his photo dressed in the Krishna avatar, Ssharad posted it on his Instagram page:

The small screen heartthrob married girlfriend Ripci Bhatia in a grand ceremony in Mumbai on April 20. They first took the wedding vows in a Gurudwara and later followed it with a Hindu wedding in the evening.

On a related note, the couple had to postpone their honeymoon plans due to the actor’s busy work schedule.

Before marrying Ripci, Ssharad was in a longtime relationship with top TV actress Divyanka Tripathi, the duo called it quits after dating for 10 years. Ssharad then went for a brief relationship with actress and model Pooja Bisht, however they parted ways and he then found solace in Delhi based fashion designer Ripci who is now his wife.