OHHH! What made Karan Patel so ANGRY during STAR PARIVAR AWARDS 2017?

By: ABP News Web Desk
Updated: 19 May 2017 12:09 PM
New Delhi: Popular TV actor Karan Patel is the angry young man of our Telly industry. Many times he has been in news and courtesy his rude and angry behavior.

Something similar happened during Star Parivar Awards 2017. According to news in DNA, things didn’t go as they were planned and Karan Patel seemed to be quite angry and pissed off.

Actually, Arjun Bijlani from ‘Pardes Mein Hai Mera Dil’ and Karan Patel from ‘Yeh Hai Mohabbatein’ were the highlights of the award ceremony. 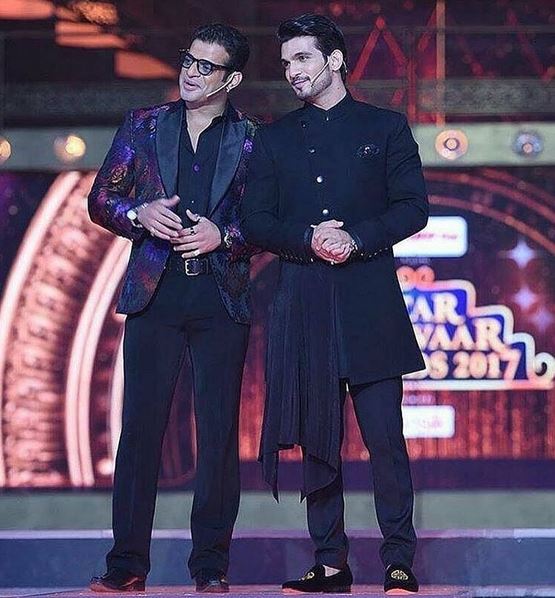 As per the report, “It so happened that there were several re-takes during the segment due to some technical issues. Karan's portion of anchoring the sequences was delayed and there was an apparent issue with the teleprompter too.Karan had to rush for an after-party and hence was miffed about the re-shoots taking place.”

When an entertainment portal contacted Karan, he said “I do not wish to comment on anything pertaining this."

Karan Patel is married to TV actress Ankita Bhargava and plays the role of 'Raman Bhalla' in Star Plus' Yeh Hai Mohabbatein.

Well, what you guys want to say about Karan’s this behavior?