By: Team FM
Updated: 04 Mar 2018 07:01 PM
Here's a sad news for all the Bigg Boss fans as one of the most popular contestants of this season has been hospitalised!

Bigg Boss 11's finalist Vikas Gupta, who was touted as the master mind of the house this season is apparently admitted to Kokilaben Dhirubhai Ambani hospital. According to a report on an entertainment portal, Vikas was rushed to the hospital on March 1 as he was suffering from high fever and weakness.

Vikas Gupta's reaction on doing web series with Shilpa Shinde after she broke the promise to work with him..!

Reportedely, post his stint in the Bigg Boss 11 house where he was declared as the second runner-up, the TV producer has been busy juggling between different things which might have taken a toll on his health. 'Bigg Boss 11' contestant Vikas Gupta emerged out as the much-loved 'mastermind' of the show & now owns a huge fan-following too. (Photo: Colors)

Recently, he was felicitated with the title of the 'Most enterprising personality of the year 2018', in the TV entertainment category. He dedicated the award to late Sridevi.

Vikas took to social media in announcing the same. While sharing his happiness with his fans, he wrote, "When you are recognised and celebrated on the same platform as #PriyaDutt @rohanbopanna0403@kunalkkapoor @terence_here and so many more . 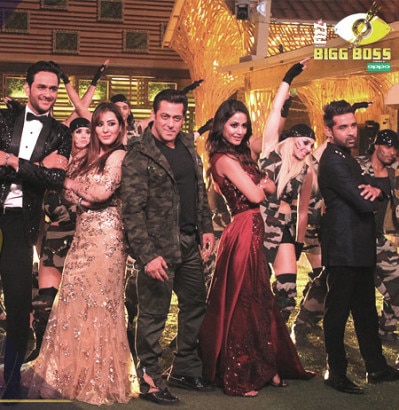 Vikas Gupta was one of the four finalists of Bigg Boss 11 (Photo: Colors)

Feeling is #Gratitude and the fact that I must be doing something right . This one is dedicated to @sridevi.kapoor . Maam you have always inspired me and I will always cherish conversations with you #RIP. "

When you are recognised and celebrated on the same platform as #PriyaDutt @rohanbopanna0403 @kunalkkapoor @terence_here and so many more . Feeling is #Gratitude and the fact that I must be doing something right 😊 This one is dedicated to @sridevi.kapoor . Maam you have always inspired me and I will always cherish conversations with you #RIP. Styled by @chandnikdoshi suited by @bharat_reshma 😊

We hope Vikas gets discharged soon!