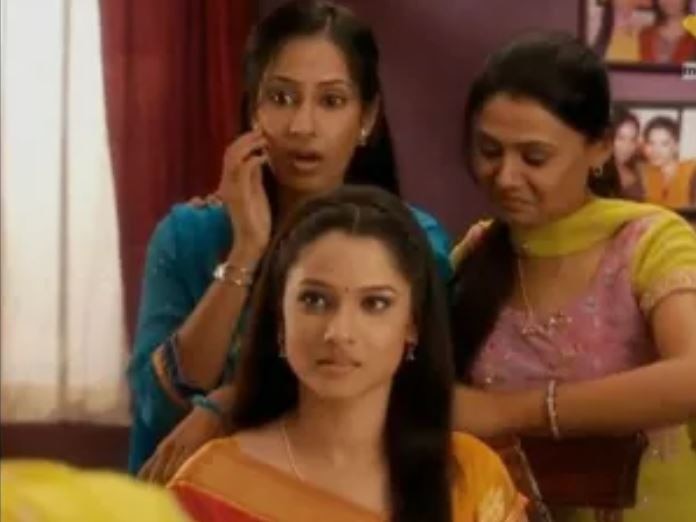 Actress Prarthana Behere best known for her role in Zee TV's hit show 'Pavitra Rishta' as Vaishali, on screen sister of lead actress Ankita Lokhande has tied the knot with fiance Abhishek Jawkar who is a director by profession. (Photo: Instagram) The actress shared this adorable marriage picture on her Instagram account with the caption, "Once in a while, right in the middle of ordinary life, love gives us a “ Fairy Tale “ ...... #happyme #finallymarried #ilovemylife #myway #fairytale" (Photo: Instagram) 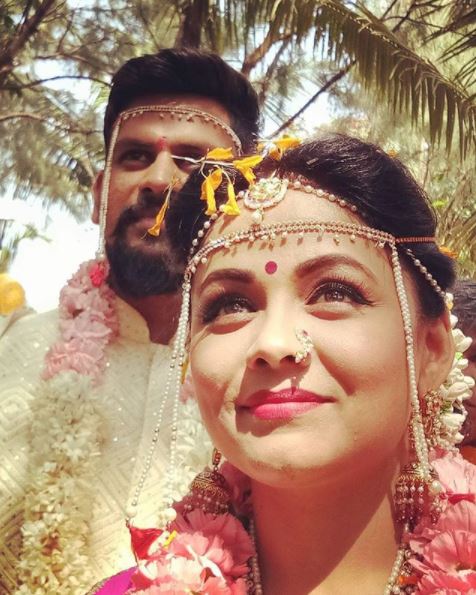 Here are some more wedding pictures of the couple shared by friends on social media...(Photo: Instagram) 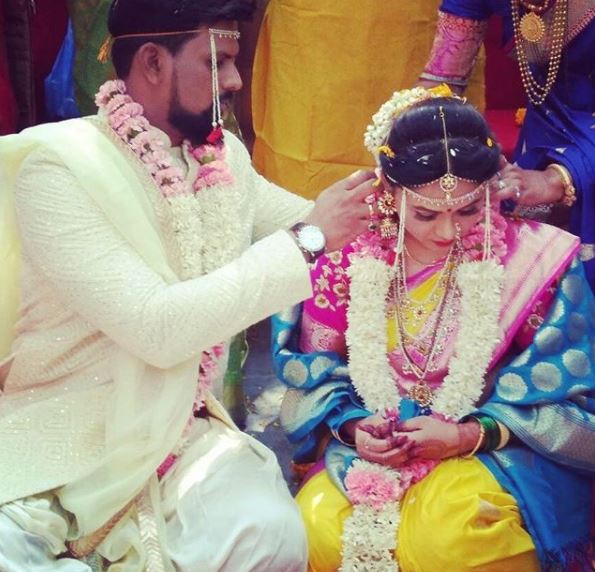 The couple tied the knot on November 14th in a ceremony attended by family and friends. (Photo: Instagram/ rajshrimarathi) 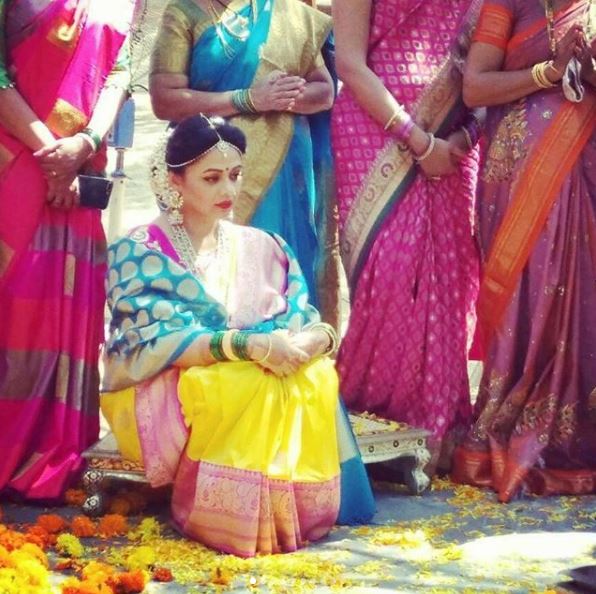 The actress a yellow saree in her wedding and was looking absolutely gorgeous as a Marathi 'mulgi'.(Photo: Instagram/ rajshrimarathi) 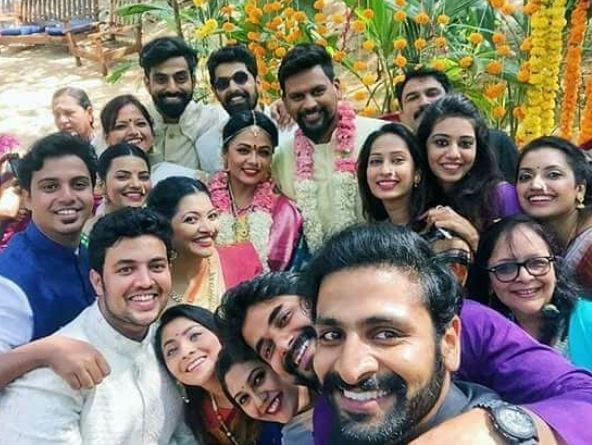 Prarthana is also a known Marathi actress and her friends from the industry also attended her wedding. Her co-star from 'Pavitra Rishta', Priya Marathe posted this pic with the caption, "Mere yaar ki shaadi hai.. vedeeee got married.." (Photo: Instagram) 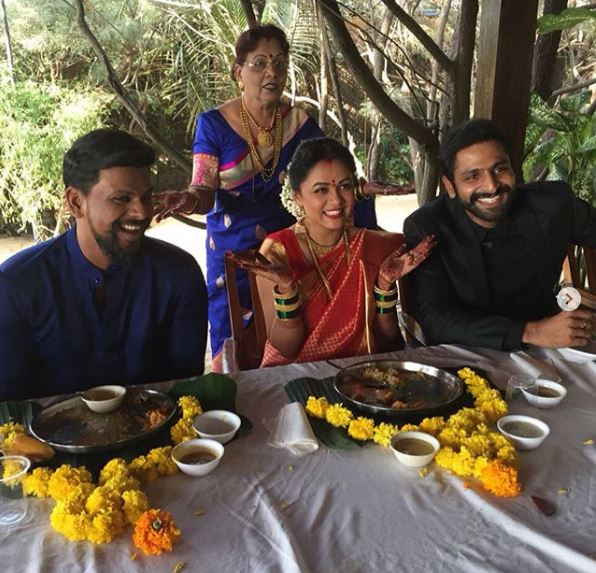 Popular Marathi actor Vaibhav Tatwawaadi, also seen in Bollywood films like 'Bajirao Mastani' & 'Lipstick Under My Burkha', posted this picture with the caption, "So glad this wedi mulgi has found such a perfect life partner. Some glimpses from her special day ! #AbhiPrarWedding #CrazyBaraatis #VTOfficial" (Photo: Instagram) 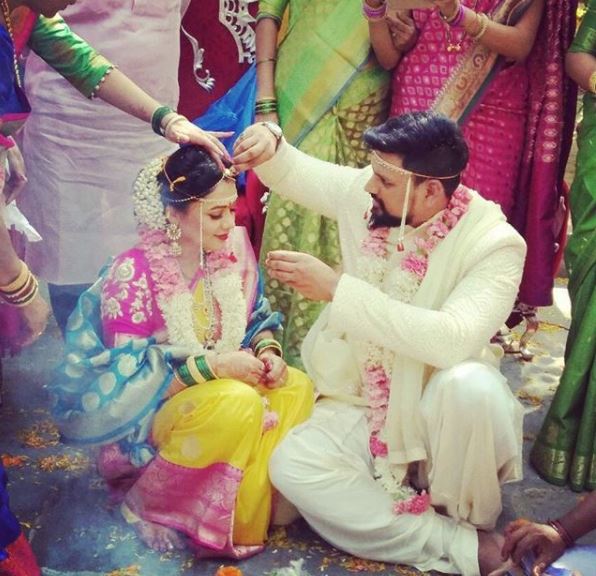 She was also a part of the Bollywood film 'Wajah Tum Ho'. (Photo: Instagram/ rajshrimarathi) Here's a picture from the actress' Mehandi ceremony. (Photo: Instagram) 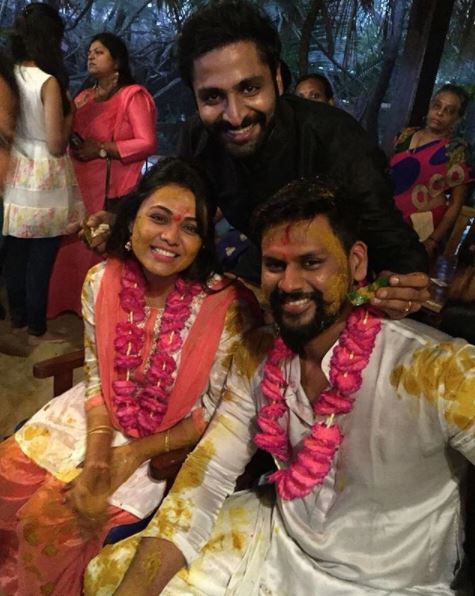 A picture from the couple's haldi ceremony. (Photo: Instagram) 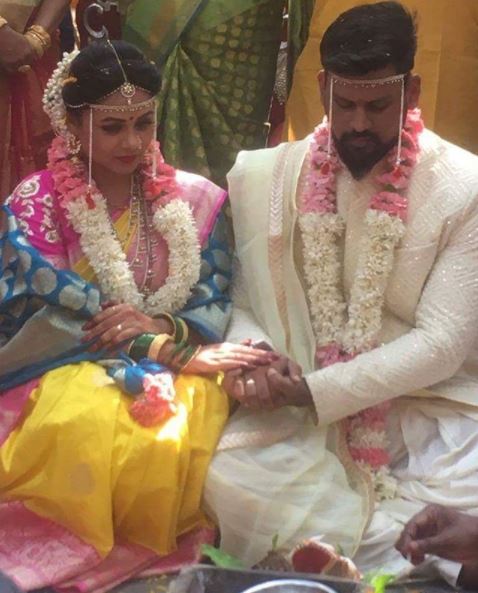