By: Aashu Mishra
Updated: 05 Jan 2018 11:21 PM
Bigg Boss 11 is just 10 days away from its grand finale of January 14th 2018 and ahead of it the makers are leaving no stones unturned in adding twists and turns to make the reality show an interesting one. And for that four of the contestants were taken outside the famous Bigg Boss house to a mall in Mumbai Vashi. 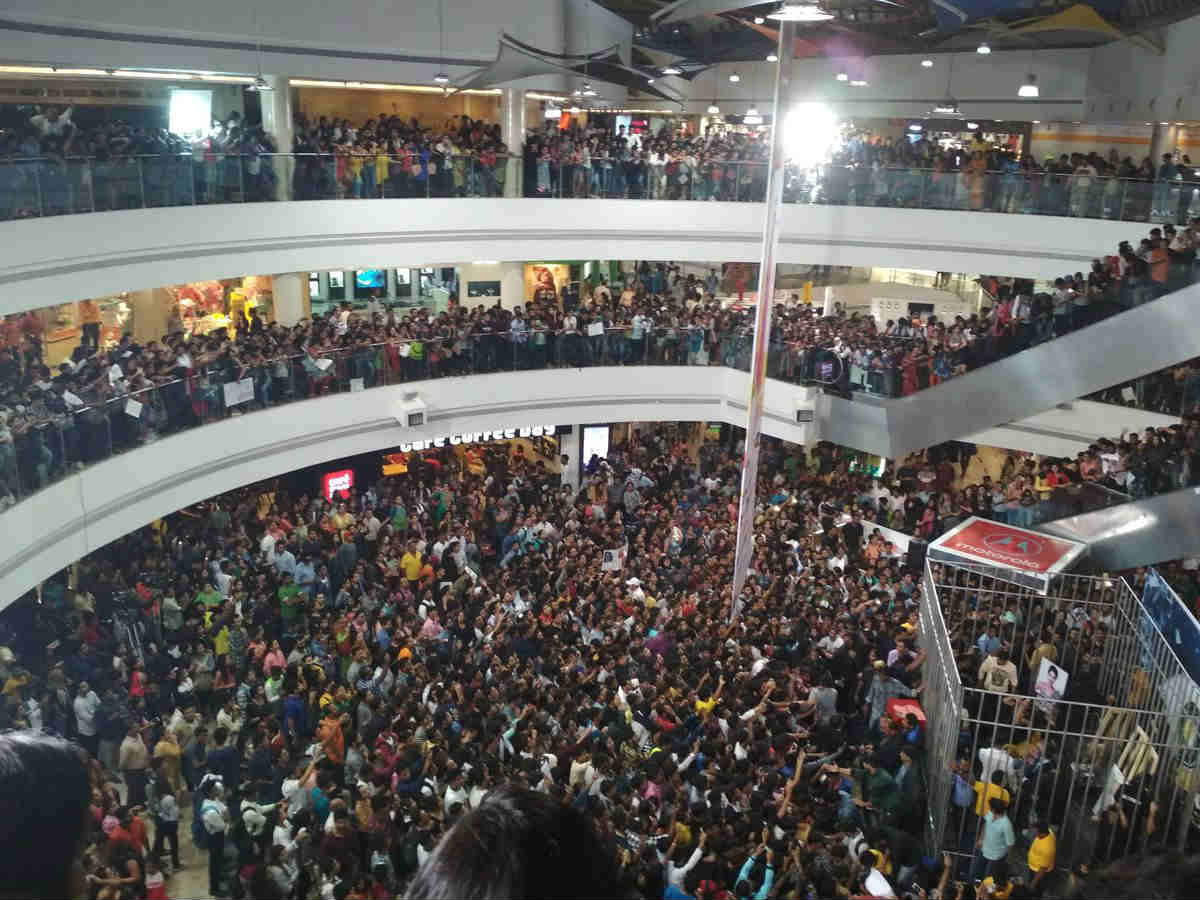 This week voting lines are closed and nominated contestants- Vikas Gupta, Shilpa Shinde, Hina Khan and Luv Tyagi got a chance to visit a Mumbai mall and appeal for votes live on Thursday evening. 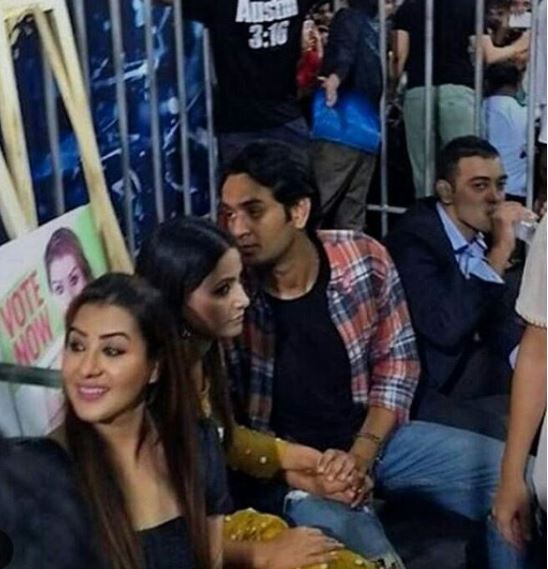 Vikas, Hina, Shilpa and Luv were kept in cage to protect them from crazy fans

An unexpected number of a crowd had gathered at the mall and fans of the all four contestants were seen chanting their favourite contestants name throughout.

Bigg Boss 11: This contestant is the WINNER of ‘BB Museum’ task!

All the four contestants were kept inside a cage from where they appealed for the votes from their fans! 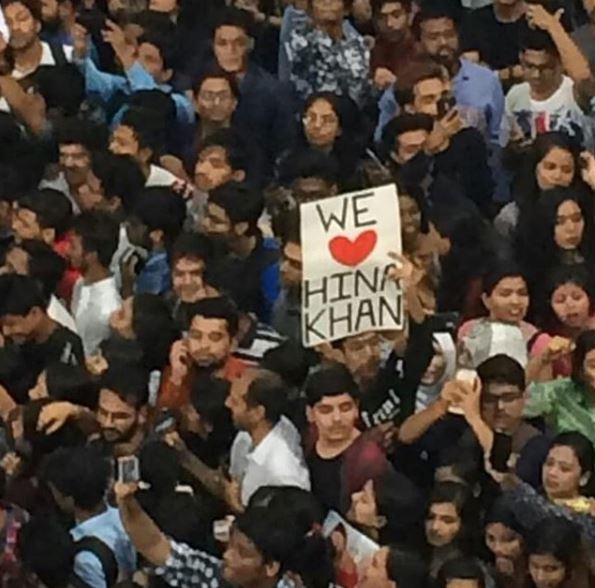 Hina Khan's supporters came in large numbers in the mall

However, little did the makers know that the situation will go out of hand as a huge crowd will turn up in the mall to vote for their favourite contestants. Despite the participants being made to stand in a life-sized jail, the situation went out of control and an unfortunate incident took place! 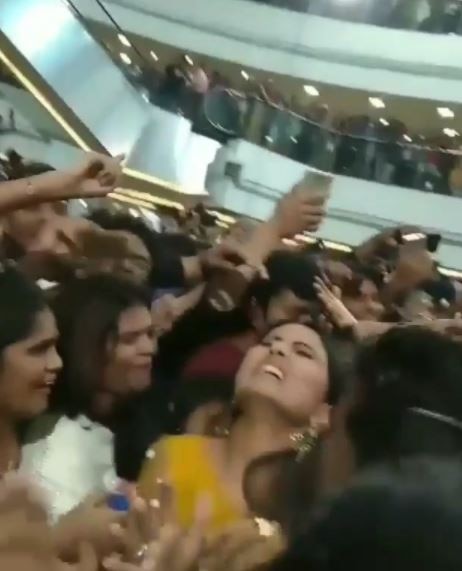 Hina Khan screamed as someone pulled her hair in the crowd

While the four contestants were making their way to the cage to make vote appeal, one of Shilpa Shinde’s fan pulled Hina Khan’s hair. Despite all the security, one of the fans misbehaved with Hina. 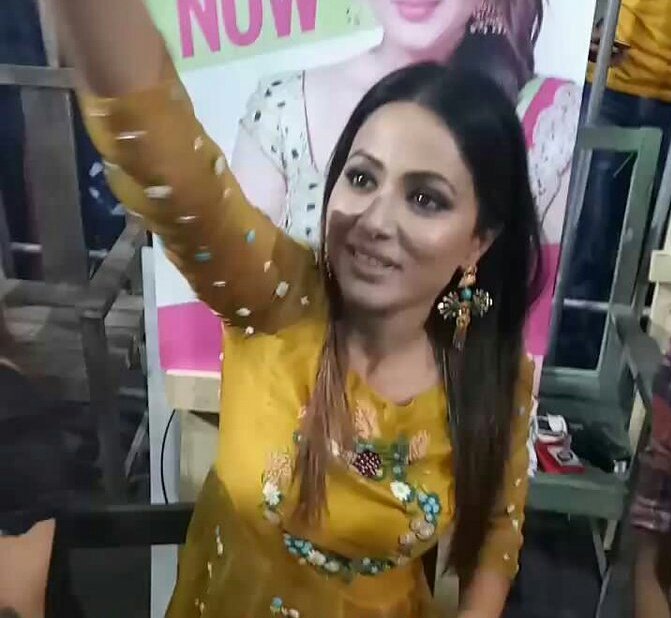 Hina Khan appealing for the votes from inside the cage

This incident had shocked Hina to a great extent that she was zoned out for a while. WATCH BELOW:

Later, it came to notice that the person who pulled Hina’s hair was holding a poster in support of Shilpa.

This is sick!!
Shilpa fans were shaking hands with Shilpa n one fan pulled hina's hair!!

According to some reports a fan even threw a bottle on Hina in the mall and guess what it was Vikas Gupta who came forward and comforted Hina after the shocking incident. Vikas was seen holding Hina's hands throughout since then. Well, fans have casted their votes and the contestant with the least number will be evicted from the Bigg Boss 11 house by Salman Khan in this week’s Weekend Ka Vaar. 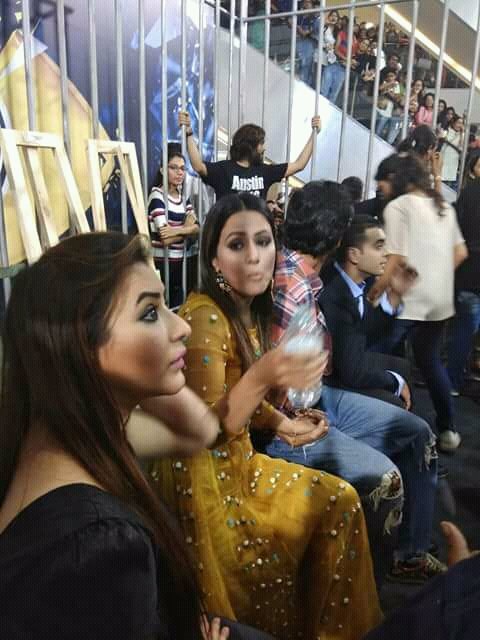 Contestants shocked after the unfortunate incident

So who do you thing will leave the show in the semi-finale week?