By: Aashu Mishra
Updated: 02 Aug 2019 02:09 PM
Actress Yuvika Chaudhary who is currently seen on Nach Baliye 9 with husband Prince Narula turns a year older today(Friday, August 2019). And since it was her first birthday post wedding, doting hubby Prince made sure to make it a memorable one for his dear wife. The former Bigg Boss winner Prince hosted a grand birthday party for his wife at their home which was attended by close friends of the couple.

The Roadies gang leader surprised his wife with 7 cakes. Six of the different coloured cakes had the letters ‘YUVIKA’ written on each of them while the 7th cake was a beautiful one with different brand names on it. It’s Yuvika Chaudhary’s birthday today (August 2) and the actress celebrated the day with her main man. Doting hubby Prince made it special and celebrated it in a grand way. 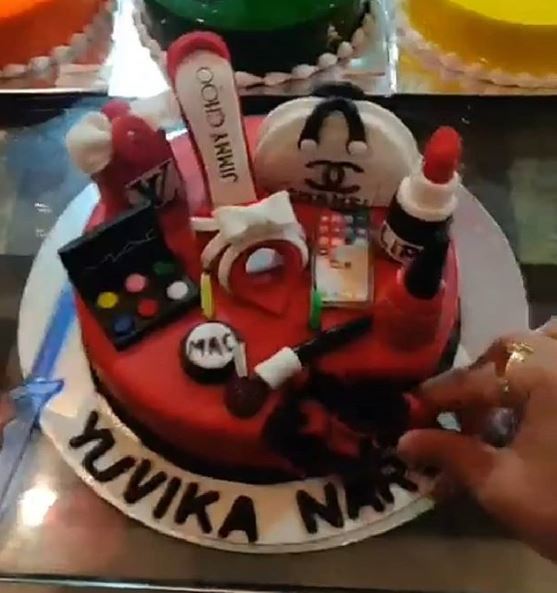 The Nach Baliye 9 couple also shared a romantic kiss as the former cut the birthday cake and then the two fed each other a piece of it.

Prince also spoilt the birthday girl with jewellery sets and Yuvika just couldn’t contain her happiness on seeing her presents. The actress jumped in joy on receiving the special gifts from her man.

For her birthday, Yuvika opted for a shimmery silver dress, while Prince was dressed casually. 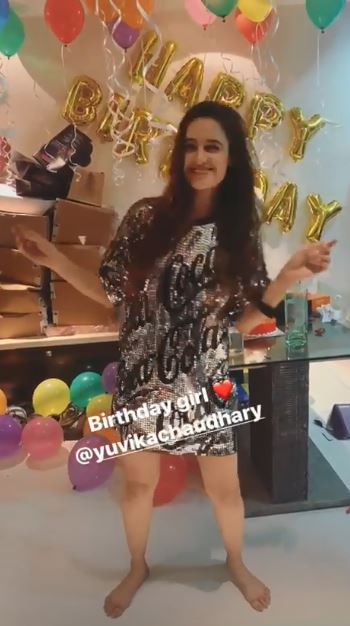 The party was attended by Prince’s Roadies gang members from the current and previous seasons. who shared pics and videos from the celebration on their respective social media handles, check them all below: 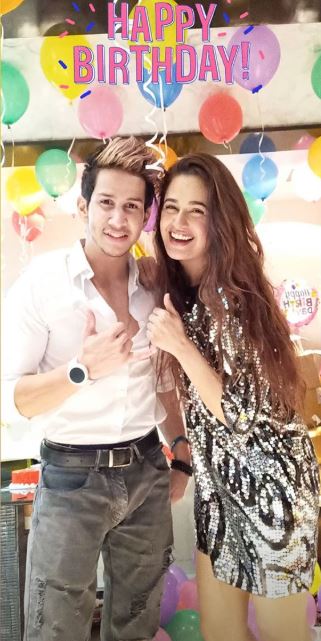 
@yuvikachaudhary many many happy returns of the day yuvi bhabhi ❤️❤️❤️❤️

Yuvika and Prince are regarded as one of the most adorable couples of small screen and has a huge fan base on social media, together the couple is called 'Privika' by fans. The duo first met in Bigg Boss 9 where Prince had professed his love for her then and the couple went steady. He proposed to her on February 14, 2018 and they got engaged, the couple got married in October last year. 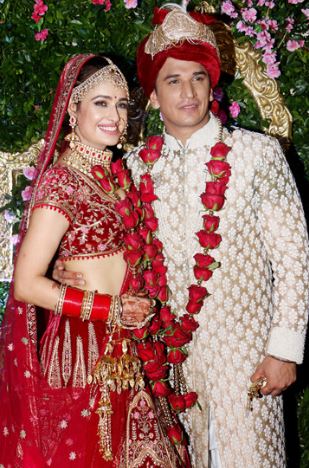 Currently, Prince and Yuvika are seen on Nach Baliye 9 and have been receiving appreciation from the judges.