Prince Narula & Yuvika Chaudhary got to experience what many jodis have gone through on the stage of Nach Baliye 9.

By: Filmymonkey Team
Updated: 11 Oct 2019 04:44 PM
New Delhi: Shocking as it may sound, it seems Prince Narula & Yuvika Chaudhary got to experience what many jodis have gone through on this season of Nach Baliye 9. The lovable couple has constantly scored amazing points from judges and impressed audiences with their spectacular dance acts. It would be a considerable shock if they were eliminated from India’s most popular celebrity dance reality show! The talented couple was in for a surprise on the recent shoot of Nach Baliye 9!

After a phenomenal performance by Prince & Yuvika on ‘Dil Se Re’ from Dil Se, the duo were eagerly waiting to hear encouraging comments from the judges. Both of them were surprised when Raveena & Ahmed declared that there would be an additional elimination happening today and that would be none other than Prince & Yuvika! Before they could react, Maniesh Paul asked for the audio-visual to play which would show their journey on Nach Baliye 9 till now. Prince & Yuvika couldn’t hold back their tears as they waited for the audio visual to begin. Imagine their pleasant surprise when the screen flashed a beautiful message – ‘Happy Anniversary’ with a collage of their photos! 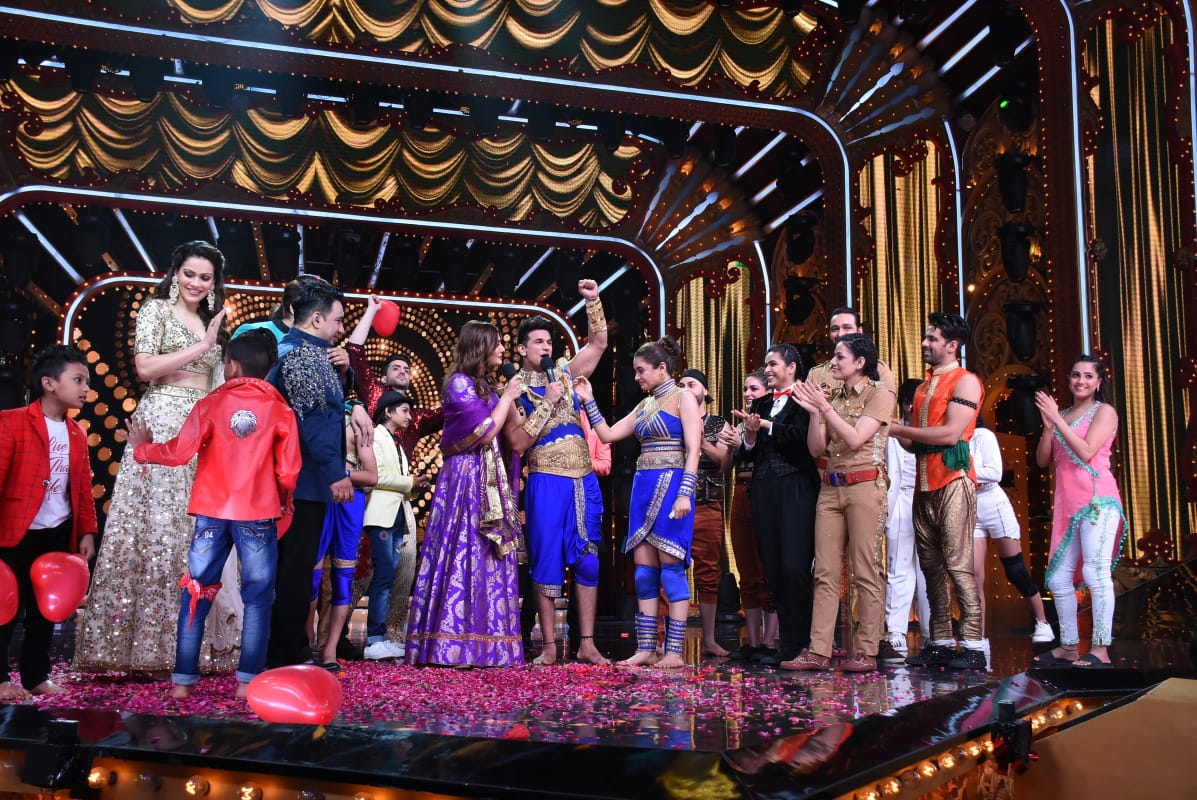