This is Rahul's third marriage, he was earlier married to pilot Shweta Singh(who is also his childhood friend) and later to reality TV star Dimpy Ganguly. 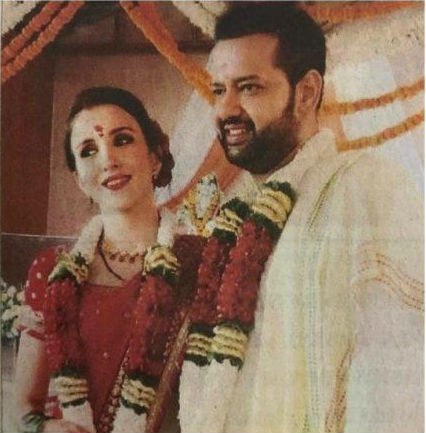 Rahul with new wife Natalya Ilina post wedding [pic credit: Twitter]Rahul's ex-wife Dimpy, who is now leading happy married life with husband and daughter has reacted to Rahul's wedding. She spoke to SpotBoye.com and wished him well. Dimpy said, "I am glad to know that! And hope he really finds happiness this time around... like I have done. Many Congratulations to the newlyweds."