Popular TV actress Dipika Kakar gives us a major Bahu goals as she enjoys Iftaar with Shoaib Ibrahim and family.

By: Filmymonkey Team
Updated: 28 May 2019 09:46 AM
As the world is celebrating the holy month of Ramadan, TV actress Dipika Kakar who is all set to make her comeback on television with 'Kahaan Hum Kahaan Tum' opposite Karan V Grover too is observing fast. The actress is celebrating her second Ramzan after marriage with husband Shoaib Ibrahim and family. Dipika Kakar gives us a major Bahu goals as she enjoys Iftaar with Shoaib Ibrahim and family.

Both Dipika and Shoaib are wholeheartedly following the Roza (fast) in the auspicious month of ramzan. The duo is observing the month-long fast which will end on June 5, 2019 and recently enjoyed the iftaar together along with their entire family. 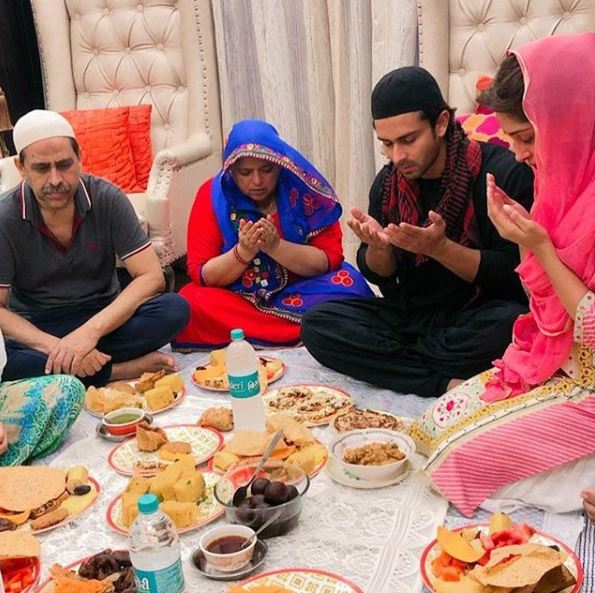 Shoaib-Dipika with his mom & dad offering prayer before Iftaar

The TV couple can be seen offering prayers before breaking the fast in a traditional manner, where the entire family is sitting in a circular form on the floor with various food items placed in front of them. The Iftar delicacies at the Ibrahim family house

The Bigg Boss winner also shared a picture on her Insgatram wherein the family enjoying Iftaar. In the picture, Dipika is wearing a pink salwar-kameez with matching dupatta wrapped around her head, Shoaib can be seen in a black pathani suit with a skull cap and a scarf round his neck.

Shoaib Ibrahim also posted a series of pictures, wherein their entire family is seen observing their iftaar together. Shoaib and Dipika Kakar were seen praying together along with others.

Dipika's sister-in-law Saba also shared a video of the family offering prayer before the Iftaar: 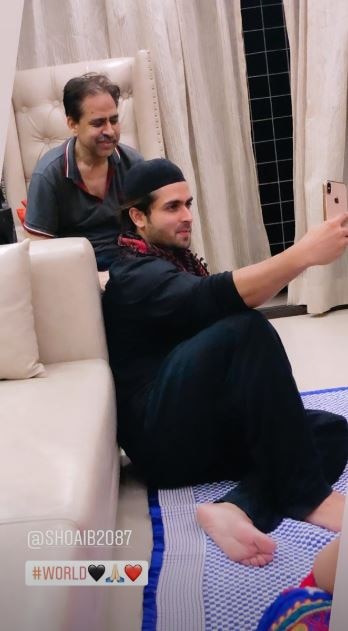 Shoaib posing with his father for a selfie after breaking fast

On the professional front, Dipika gained massive popularity as she appeared on reality show Bigg Boss last year. She even won the trophy and took home Rs 30 lakh. She will soon return to television with Sandiip Sikcand's show 'Kahaan Hum Kahaan Tum' opposite Karan V Grover. The show also features her Bigg Boss 11 co-contestant Romil Choudhary. Watch the promo of the show below: