The first pair to get evicted from the show is the jodi of ex TV couple and the elimination process will take place this weekend.

By: Filmymonkey Team
Updated: 25 Jul 2019 02:34 PM
Here's a shocking news coming from the sets of Nach Baliye 9 that started last week. The show hit the right chords with the audiences, right from it's premiere episode, due to its unique mix of popular TV couples and exes participating together on show. And as the weekend is approaching, everyone is wondering which jodi will get evicted in the first elimination episode! And we have the answer as if buzz is to be believed then makers have decided to show the doors to the contestants who is apparently creating a lot of ruckus on sets! 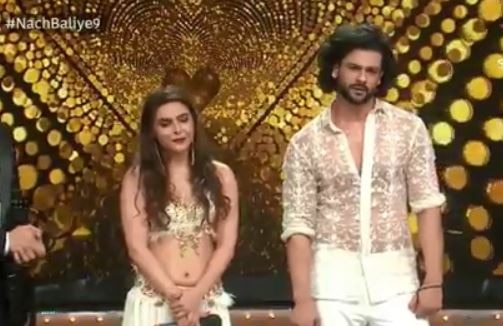