By: ABP News Bureau
Updated: 06 Aug 2016 12:55 PM
New Delhi: Actress Sana Amin Sheikh who tied the knot this year with TV show director Ajaz Sheikh has lashed out at fans who called her a non-muslim on social media.

The actress who is currently seen as a Hindu girl in Colors' Krishnadasi, has to put 'sindoor' and wear 'mangalsutra' in the show. Sana has put some of her pictures from the show on her Facebook page that didn't go well with her fans. One of her fans  said, "You are a Muslim and still you put sindoor." 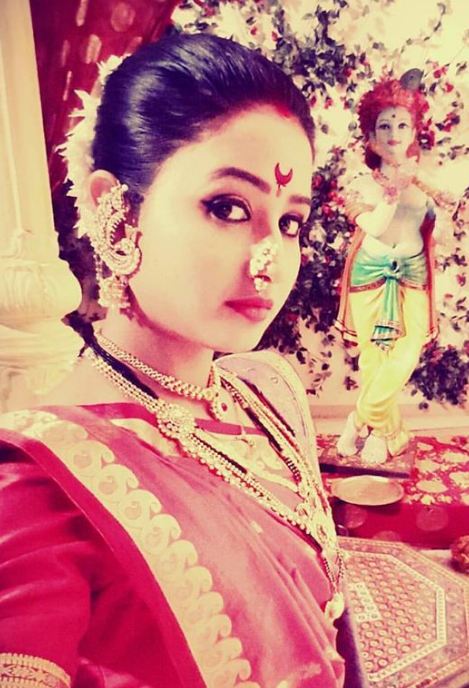 The actress gave a befitting reply to all the haters by putting a strong Facebook post. She wrote,  “There r people who bash me asking why do i put sindoor after pack up.. (btw it goes off only when i wash my hair), even if i wear it by choice.. does it make me less of a Muslim.. my Nani and my Mum wore Mangalsutras.. which is a "Hindu thing"

Does this make us less of a Muslim.. ?

I know i am going to get bashed at this too..

All those who r staunch muslims who write to me.. why don't u get off insta and facebook.. Isn't this entertainment.. why do u watch my soaps on tv.. Isn't it Haraam.. ?

Will Allah put me in dozzak because i wore sindoor.. ?

And will u go to jannat inspite of the fact that u wasted your time on facebook and other entertainment sources and that u gave me hidayat.. ??