By: Shruti Srivastava
Updated: 24 Jan 2018 07:55 PM
It's been not even two weeks to the finale of Bigg Boss 11 and the contestants have already had multiple reunions parties, ofcourse in different groups with Hina Khan, Priyank Sharma & Vikas Gupta being the latest to have caught up last night[Pics & Videos! Hina REUNITES with co-contestants Vikas & Priyank!].

Before this, Arshi threw a grand party which got media attention too but more than the party buzz it was the absence of Hina Khan and Shilpa Shinde that found place in headlines the following day.

The party was attended by commoner contestants from BB 11 house, Akash Dadlani, Mehjabi Siddiqui, Sabyasachi Satpathy, Jyoti Kumari and celebrity contestants Vikas Gupta and Priyank Sharma. The seven of them had a wonderful time reliving their memories from the show and we saw this in pictures[Arshi's Reunion Party PICS: Mehjabi’s husband also joins her and bonds with the housemates!]. 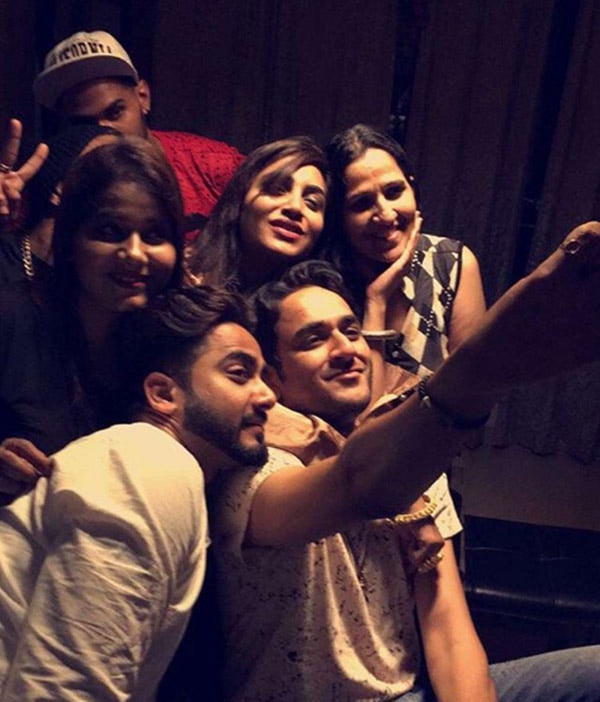 Bigg Boss 11 contestants Vikas Gupta(with his mother), Mehjabi Siddiqui(with her husband Azim and brother Wasim) pose with host Arshi Khan at her reunion part[More Pics Here!]While we told you how Hina simply ignored Arshi invite as the latter revealed that Hina did see her message on Whatsapp but never responded[Hina’s reaction to Arshi’s invite to her reunion bash is SHOCKING!], we are surprised to know that Shilpa did something almost similar to Arshi.

While talking to Telly Masala, the upset Arshi blasted Shilpa by saying - "I think she doesn’t have time for this. Maybe she did what she did only for the show. If she really considered me as her daughter, she would have been here with me"

On the other hand Shilpa explains when contacted by TOI why she didn't make it to the party.

Shilpa told - "There is no reason for not attending the party. In fact, I am not a party animal at all. My first party post-Bigg Boss was when Pawan Kumar simply dragged me to the party. I couldn't say no because I have known him for many years, from my first project Bhabhi. So it was like a home party for me. "

Arshi had also said in the i/v that she had tried her best to convince Shilpa to attend her party. She tells - "I tried my best to talk to her. In fact, I even called her and I told her that the audience really liked our rapport, and this is something that she should not break, but looks like she doesn’t have time for all this."

Shilpa and Arshi may have been seen mostly fighting inside BB 11 house but the two also built a strong bond with the latter holding the former as a mother figure coining the term "Shilma" for her.

BB 11 winner Shilpa also defended herself over this by saying - "Also, just because I have won Bigg Boss, I cannot throw attitude for no reason and have the starry nature. I am not like that. I haven't attended many parties in all these years. So that's why. I was out til late that day. So after coming back, I really didn't feel going to the party and what's the point in doing a formality."

She added - "There were some things that happened in the house that has been a bad patch but I don't want to sulk about it. I am genuinely not a party animal."

Like we said earlier, here's yet another Bigg Boss continuing after the 11th season ended 10 days ago!

Who do you support over this matter?