This actress to replace Mihika in 'Yeh Hai Mohabbatein'

By: ABP News Bureau
Updated: 13 Apr 2016 04:17 PM
New Delhi: ABP LIVE had earlier reported that Mihika Verma, who plays the role of Divyanka Tripathi’s younger sister Mihika Iyer in Star Plus' 'Yeh Hai Mohabbatein' has decided to quit the show . But do you know which actress has replaced her?

According to the reports, the makers have roped in actress Avantika Hundal to play the role of Mihika in Ekta Kapoor's hit TV show. 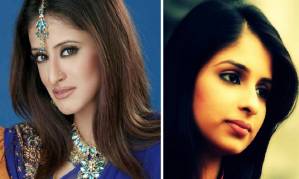 Reportedly, actress Mihika Verma was not ready to play an older character on the show post seven-year leap.

The actress confirmed the news to leading daily Times Of India, "Yes, I am the new Mihika. I was busy doing Punjabi films. I wanted to take up something on TV and this one piqued my interest among other offers."

In the forthcoming episodes,  Mani (Sumit Sachdev) will propose to Ishita (Divyanka Tripathi) for marriage but she will reject it and promise him to remain his friend forever.