The popular small screen actor tied the nuptial knot with his lady love in Mumbai on April 20, 2019.

By: Filmymonkey Team
Updated: 26 Apr 2019 12:03 PM
HIGHLIGHTS
Popular small screen actor Ssharad Malhotra who currently plays the lead role in Star Bharat's 'Muskaan' tied the nuptial knot with Delhi based fashion designer Ripci Bhatia on April 20, 2019. The couple exchanged wedding vows in the presence of their families and close-friends in two different ceremonies, first they had a traditional Anand Karaj in a Gurudwara in the noon followed by a marriage ceremony by Hindu rituals in the evening. 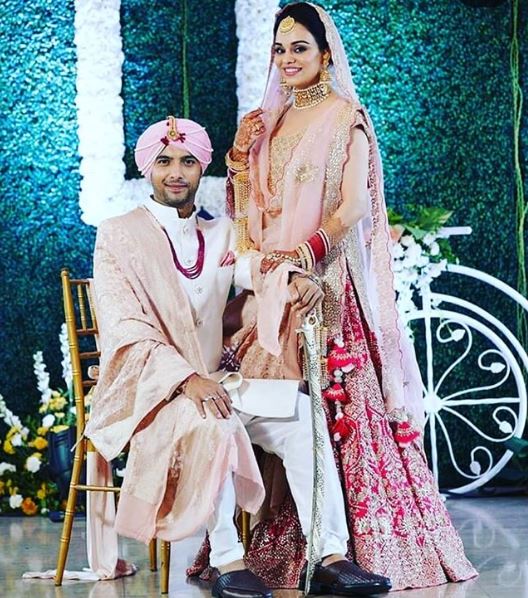 The couple definitely looked like a match made in heaven

And we now present to you a new pic of Mrs  & Mr were the duo is looking like a million buck posing together. The picture seems to be taken at their house and the newlyweds look so adorable together. While Ssharad is wearing a mustard check shirt, Ripci looks pretty in a pink and yellow Bandhni chunari. Check out the picture below:

Aren't the two looking head-over-heels in love with each other? Earlier the couple's pic from their dinner outing a day after wedding, with friends too went viral on internet:

Meanwhile, Ssharad and Ripci have postponed their Honeymoon plans due to the actor's professional commitment.

On a related note, Ssharad and Ripci had a 2 days grand wedding affair with colourful Mehendi, Haldi and Sangeet ceremony. The pictures and videos from their marriage ceremony looked dreamy and was a proof that it was indeed a fairytale wedding.