Interestingly her baby son who was was born on May 13 was giving her company on set along with hubby who is the producer of the show.

By: Filmymonkey Team
Updated: 06 Jul 2019 02:47 PM
TV actress Chhavi Mittal, who recently gave birth to her second child, baby boy Arham is setting a huge example for all the new mothers out there, as just two months after delivery the actress is back on set of her popular web-series with co-star Karan V Grover.

Interestingly her baby son who was was born on May 13 was giving her company on set along with hubby Mohit Hussein who is the producer of the show.

Chhavi Mittal’s completes her ‘Birth Story’ with a sad note.. ” I could not put my baby to the breast as I had so wanted”

Even though Chhavi had resumed work almost immediately post delivery, she had been operating from home. It is only now that she has stepped out to shoot for one of her shows.


Little Arham and I resumed office this Thursday. It's a place that he's spent most of his time at while he was in my tummy.. no wonder he was so calm in the midst of discussions, story narrations, meetings. Little entrepreneur in the making 😋 completely at home in office! Oh btw, mommies, don't rush to get back to work after the baby, I'm taking it real slow, with just a few hours at the moment at the time of mine and Arham's convenience. Besides I have created my office extremely comfortable for us. Incidentally, I also feel the most at home in office! #workmode ______________________ #likemotherlikeson #motherson #son #baby #babyboy #boy #office #work #workoholic

Sharing a picture with co-actor Karan, Chhavi wrote, "This post comes out from the sets since I resumed shooting today! Back with @karanvgrover BTW, It's the first time there's a baby on our sets!"
Take a look: 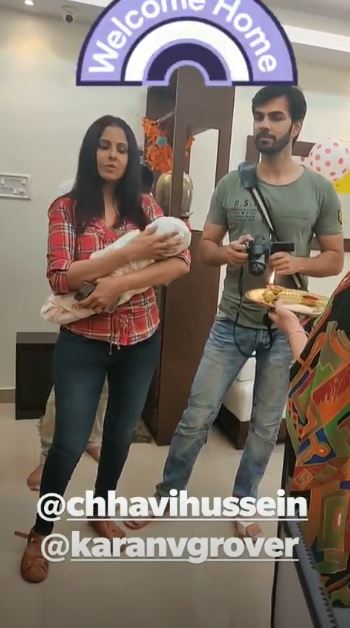 Chhavi Mittal with her baby on sets 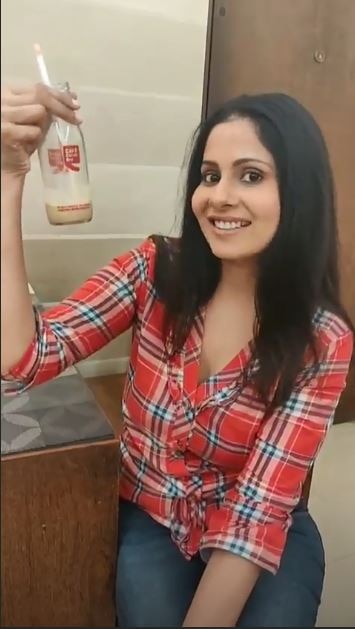 Chhavi Mittal on set of her show


This post comes out from the sets of @shittyideastrending since I resumed shooting today! Back with @karanvgrover BTW, It's the first time there's a baby on our sets! #shooting ________________________ #baby #arham #chhavimittal #mom #actor