From the last 3 weeks, Hina Khan was in Paris, Milan and Switzerland post her Cannes debut to finish the second film schedule.

By: Filmymonkey Team
Updated: 04 Jun 2019 09:19 AM
After turning heads on the red carpet of Cannes Film Festival this year followed by a mini Europe tour in Switzerland, Milan and Paris, TV queen Hina Khan returned to India on Monday afternoon (June 3) with beau Rocky Jaiswal. 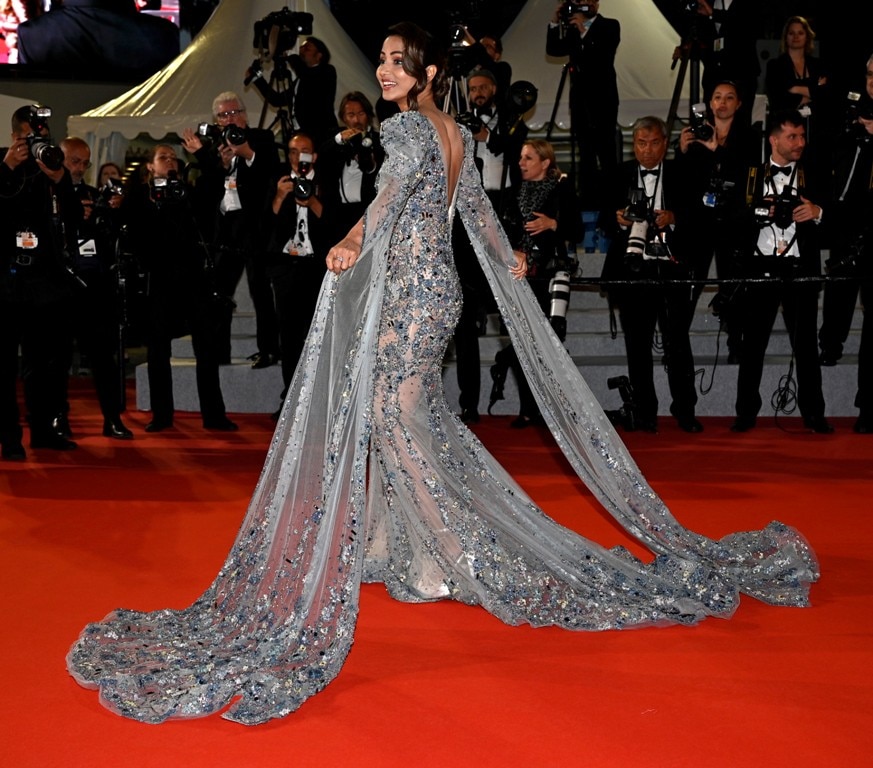 The moment Hina stepped on the Cannes red carpet, she impresses the fashion police

The actress was surprised by her family at the Mumbai airport who was there to receive their beloved daughter.

Donning a white-striped pants and crochet crop top, Hina looked pretty like always as she arrived in Mumbai. She was super excited to see her mother and brother waiting at the airport with flowers and happily posed for pictures with them.

Hina's mother who was waiting for her daughter along with a beautiful bouquet got emotional and  hugged her tightly upon seeing her after all she was meeting her daughter after 3 weeks. 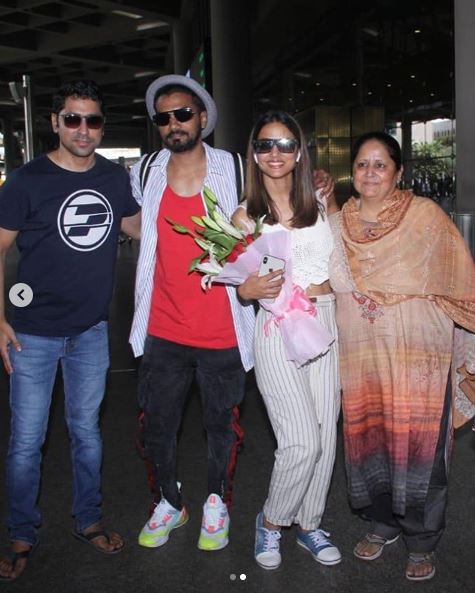 The Khan family looked visibly happy as they reunited at the airport. 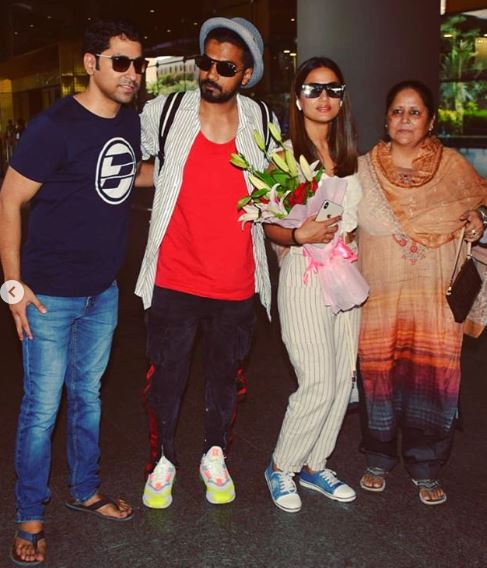 Meanwhile, the Bigg Boss 11 runner-up Hina was in Paris, Milan and Switzerland post her Cannes debut to finish the second film schedule. She was seen having a gala time with boyfriend Rocky Jaiswal and her team at the European countries.