This VIDEO of Hina Khan posing on the RED CARPET of Cannes 2019 in front of the International PAPARAZZI proves that she is a true DIVA!

Hina Khan recently walked the red carpet of the prestigious Cannes Film festival like a true diva, here's an unseen video of the gorgeous TV actress posing confidently in-front of the shutterbugs

By: Filmymonkey Team
Updated: 17 May 2019 12:22 PM
The proud 'Chandiwali' girl Hina Khan made her stunning debut at the prestigious Cannes Film Festival on Wednesday(May 15). And while the lady impressed everyone from fans to celebs and media with her red carpet appearance her pictures from the red carpet are literally breaking the internet! 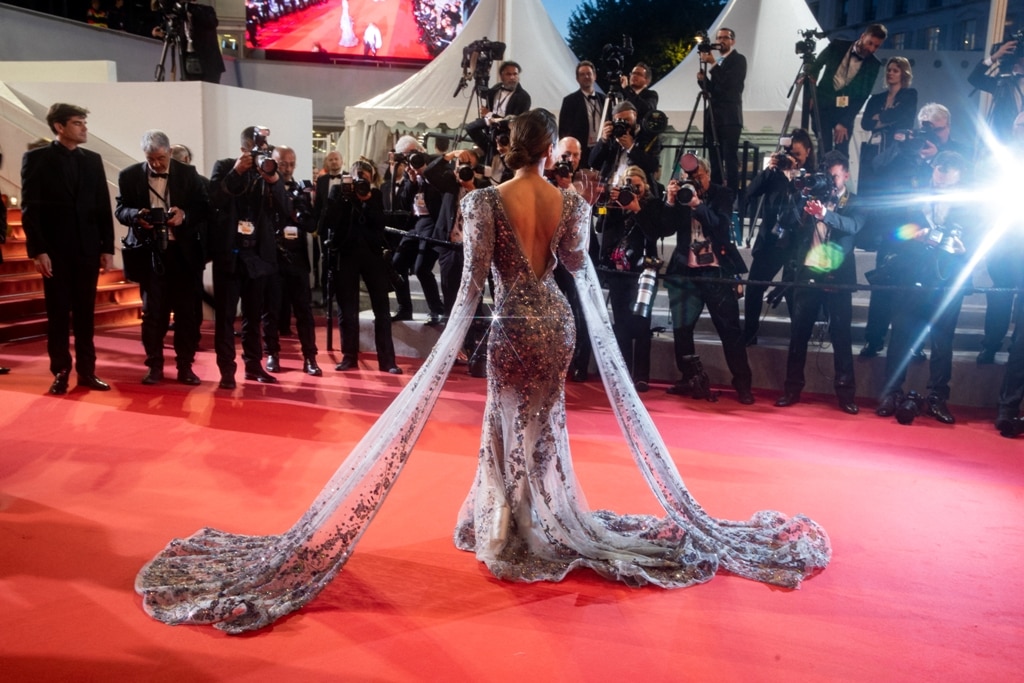 The actress turned every head on the red carpet

The actress walked the red carpet of the 72nd Cannes Film Festival in a sparkling gown by Lebanese designer, Ziad Nakad. Hina, last seen in Star Plus' "Kasautii Zindagii Kay" as evil Komolika , wore the glittery grey gown with a moderate trail and a plunging neckline.