By: Filmymonkey Team
Updated: 29 Aug 2019 04:00 PM
A for Apil, B for Baal, C for Cau! Though it sounds strange and amusing, this is what Vidya will teach in her ‘Englisss’ class. Contrary to her name, Vidya is an illiterate army widow who gets a compensatory government job as an English teacher. But while it is an unfamiliar language to her, she gathers all the courage and strength to teach English, incorrectly at first but gradually learns and overshadows her weakness. Colors new social drama offering 'Vidya' will not only take the viewers back to school but also generate spurts of laughter through Vidya’s linguistic quirks and innocence. Produced by Mahesh Pandey, 'Vidya' will air from 9th September every Monday to Friday at 7:00 pm only on Colors. 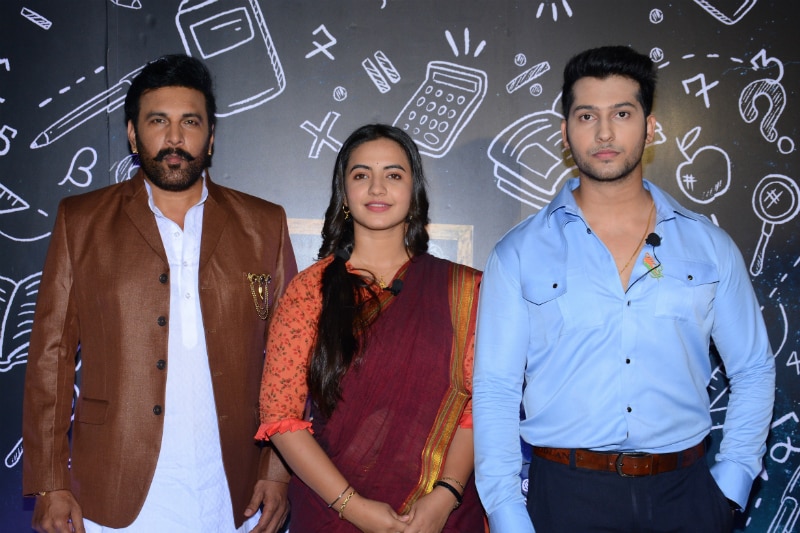 Set against Devgarh, a small village in Uttar Pradesh, the show brings to fore Vidya’s (Meera Deosthale) apprehensions and struggles as she steps into the role of a school teacher to financially support her family after her husband’s demise. In the process, she has an encounter with the Pradhan of the village (played by Waqar Sheikh) who poses as a big hindrance in her outing. As she goes along in her journey, Vidya discovers many loopholes in her school and the overarching education system. There is only one person, district magistrate Vivek Vardhan Singh (played by Namish Taneja), who recognizes Vidya’s efforts and acts as her support. Ultimately, she not only ends up winning over her personal struggles but also pins down the people plaguing the education system. As life throws curveballs at her, Vidya keeps overcoming them with her spirit and wit while entertaining the audience along the way.