By: Aashu Mishra
Updated: 13 Jan 2018 03:38 PM
With just a day away from the grand finale of Bigg Boss 11, the makers and final four contestants- Shilpa Shinde, Hina Khan, Vikas Gupta & Puneesh Sharma have started the countdown and the shoot for the episode. The grand finale episode will start from tonight(Saturday, January 13) and on Sunday the winner will be announced. The shooting for the finale episode started from Friday itself and guess what, foe turned friend Vikas Gupta and Shilpa Shinde gave a sizzling performance where the former turned sapera(snake charmer) as the actress turned into a beautiful naagin. Recently the makers released a new promo of the finale episode. 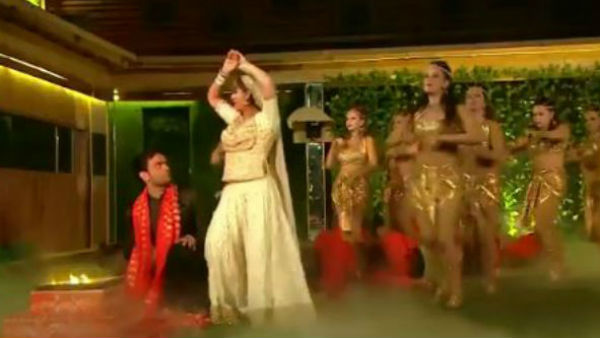 Both Shilpa and Vikas danced on the famous song 'Main teri dushman' from Sridevi starrer 'Naagin' movie. No wonder the duo looked stunning and will leave you excited for the finale episode, check out the promo video below:

Naagin Shilpa Shinde and Sapera @lostboy54 give an entertaining performance in #BB11Finale. Don't miss it, tonight at 9 PM. pic.twitter.com/jJJA0g6H6u