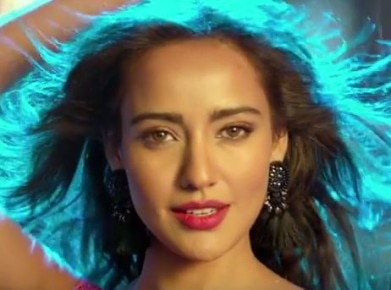 The track, choreographed by Remo D'souza, is a recreational version of the of the popular Punjabi track, Nachna Aunda Nahin.

One of the best dancers of Indian Television, Mouni is in her element in the song and is looking fabulous in her first item number.

The film 'Tum Bin 2' is the second installment of the musical hit 'Tum Bin', and will release on November 18.

Now, it has to been seen whether her first  item number will help her to grab great offer from Bollywood or not? Till then, enjoy the song here..