The 14-member Bolly-Hop squad, involving males aged 17-27, was consistently getting ace scores during its run on the show.

By: Filmymonkey Team
Updated: 06 May 2019 01:13 PM
The Kings, a hip-hop dance crew from Mumbai, has found international glory with their victory on American reality television show "World of Dance", taking home a cash prize of $1 million. "The Kings are officially 'World of Dance' royalty. Sending big love to our champions," read a post from the official Twitter handle of "World Of Dance".

The Kings are officially #WorldofDance royalty. ????✨

Judges Jennifer Lopez, Ne-Yo and Derek Hough stood up in awe of the finale performance of the NBC show by the all-men group The Kings, which performed a high-octane sequence involving stunts in slow-motion.

Take a look at their winning moment below:


#repost @suresh_kingsunited Finally, we can say India ???????? is on Top in Dancing and history has been created which will be remembered and cherished forever! ????⚔️ Tonight, is the night which each and every Indian is going to remember for life and feel proud seeing the Indian Flag flying high with the perfect score for our stellar performance. 100 100 100! It was the best experience of our life so far. The journey of local dancers from the small gully of vasai Nallasopara to the WORLD CHAMPIONS was really challenging filled with never ending hard work and dedication. I am really happy for all my team members as everyone dreamt of having their own houses since long time and finally after winning 1 Million Dollar, they will be able to convert those dreams in reality now. We have struggled a lot and it took more then 10 years of hardwrk and teamwork for us to become the top Dancers in the entire world. I am thankful to my team for having faith in me and being with me for the past so many years because this wouldn’t have been possible without them. I feel like I have got the best team so here we are “WORLD CHAMPIONS” ???? . . . #TheKings #KingsUnited #worldofdance #worldofdance3 #worldchampions #nbcworldofdance #Wod #wod3 #Wodwinner @nbcworldofdance @jlo @neyo @derekhough

The 14-member Bolly-Hop squad, involving males aged 17-27, was consistently getting ace scores during its run on the show.

Among their competitors were Canadian contemporary dancer Briar Nolet, the sister duo of Ellie and Ava, VPeepz, a hip-hop group from the Philippines, and Unity LA, a 10-person squad from Southern California. 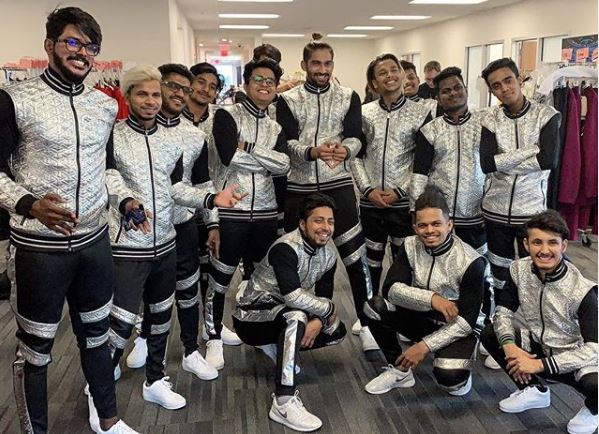 'The Kings' also known as 'Kings United' is a hip-hop dance troupe who were second runners-up at the 'World Hip Hop Championship' in 2015 and has also appeared on Star Plus' 'Dance Champions' as 'Challengers'.

In 2009, Suresh Mukund along with Vernon Monteiro formed the hip hop dance group 'Fictitious Dance Group' which participated in various dance reality shows like 'Boogie Woogie', 'India's Got Talent' among others. Varun Dhawan & Shraddha Kapoor starrer 'ABCD 2' was based on their life journey. After the film's release, Suresh Mukund and Vernon parted ways causing split in the group. Dance group 'The Kings', also known as 'Kings United', was then founded by Suresh Mukund with new additions. 'The Kings' with Remo D'souza on 'Dance Champions' (Photo: Web)

Last year, 'World of Dance' was left smitten by Shantanu Maheshwari's team 'Desi Hoppers' performance. Whereas, this year 'The Kings' has now become the first ever Indian team to win 'World of Dance'.

Watch their final dance performance below:

Congratulations to 'The Kings'!